'Heal the Ville': Two Fayetteville mothers team to stop the violence in their city 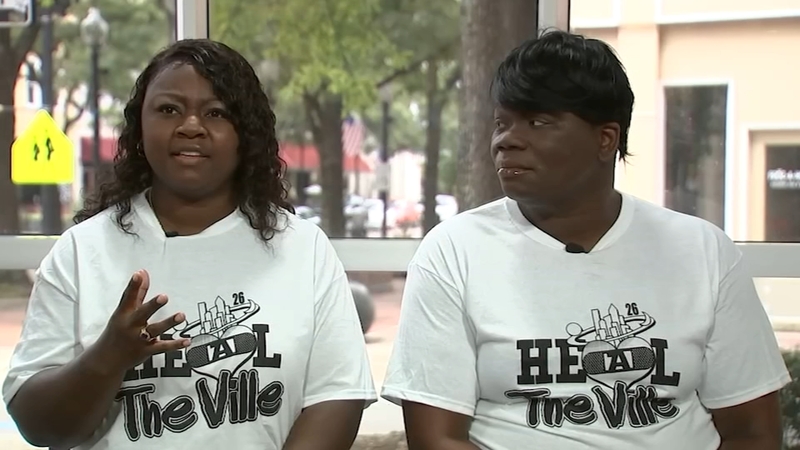 FAYETTEVILLE, N.C. (WTVD) -- Two Fayetteville women are teaming up with a local graphic designer to help curb the gun violence problems plaguing the community they live in.

Arry McNeill lost her son Antonio four years ago when he was murdered in a park in Fayetteville; and ever since then, she has made it her mission to use the pain she felt from her loss to hopefully prevent others mothers from having to experience the same grief.

For the Fayetteville mother, August is the hardest month for her to get through, "There are 3 days that affect me the most, August 15th he turned 17; August 21st he was murdered; and August 29th as most people were getting their kids ready for the first day of school I was putting mine in the ground."

Halfway through the year and the Fayetteville Police Department has responded to 26 homicides, 25 of those involving gun violence.

McNeill is now teaming up with her cousin Demetria Murphy who has been doing outreach since she was released from federal prison 12 years ago and has since received her master's degree from NC State.

Both women have a passion for stopping gun violence and wanted to work with at-risk youth and keep them from making the same mistakes they have seen and experienced themselves.

"What we are trying to do is a visual of how many people we have lost -- just in Fayetteville alone the numbers are high and they are growing and I see it daily.," said James Suber with JS Designs in Fayetteville.

Suber came to the two women with an idea for an outreach event called "Heal the Ville", free of service, the event will take place at Festival Park in Fayetteville on August 14 starting at noon.