FDA advisers sign off on Johnson & Johnson vaccine: Here's what happens next 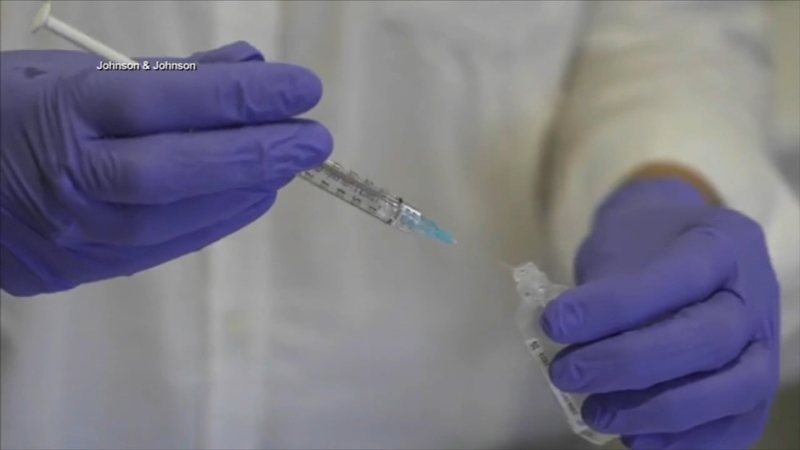 An independent advisory panel of infectious disease experts, doctors and scientists voted unanimously to recommend the COVID-19 vaccine from Johnson & Johnson for emergency use authorization from the Food and Drug Administration, a step closer to making a third COVID-19 vaccine available to Americans.

The recommendation paves the way for official emergency authorization by the FDA, allowing the vaccine to be provided to Americans while the company continues to study it. If that happens Friday night or over the weekend, some 4 million doses would be expected to start shipping as early as Monday.

"If the FDA [authorizes] the use of this new vaccine, we would plan to roll out as quickly as Johnson & Johnson can make the vaccine," President Joe Biden said Thursday.

The federal government will still determine how many doses are delivered to each state and states will determine which populations are eligible to be vaccinated based on available supply.

Anthony Fauci, one of the top infectious disease doctors in the country and a senior advisor to the White House on COVID-19 response, said he's looking forward to the FDA review of the J&J vaccine but suggested its authorization is a foregone conclusion.

"We now have three highly effective vaccines. Importantly, each of them are very effective against severe disease and virtually all have them say that you look at the data and it's clear that you get essentially no hospitalizations, or deaths. And this is very good news," he said in a briefing with reporters on Friday.

Dr. Anthony Fauci said he wants to see where the number of COVID cases go in the next week or so before advising people to loosen restrictions.

Here's what to know:

The vaccine requires only one shot, with 20 million doses due before April.

Unlike Pfizer and Moderna, the vaccine developed by Janssen Pharmaceuticals, a subsidiary of Johnson & Johnson, only requires one shot for the recipient to be considered fully immunized. The vaccine also can be stored in a refrigerator, making it relatively easy to handle.

While 4 million doses would ship out initially, the company says it's on track to produce 20 million doses by the end of March. Along with Pfizer and Moderna doses, that means the U.S. would have enough vaccine doses for 130 million adults -- about half the adult population -- to be vaccinated.

By the end of June, J&J is expected to have produced 100 million vaccine doses. That would put the U.S. in a position of having a surplus by mid-summer, when Pfizer and Moderna are expected to have delivered enough vaccine to immunize 300 million people.

Officials caution, though, that it will take time to get shots in arms.

The J&J vaccine is for adults only, at least initially.

Vaccine makers are looking at whether their products would be safe and effective in children, but that will take some time. Dr. Anthony Fauci, the nation's top infectious disease expert, predicts vaccines could be offered to teens as early as fall and younger children in early 2022 after clinical trials are done.

The other good news is that J&J was tested in countries known to have potentially more dangerous variants, including Brazil and South Africa. The data found the vaccine worked against all variants at preventing severe disease.

J&J reported that in cases of breakthrough infection, when someone who has been vaccinated still becomes infected with the virus, symptoms of COVID-19 were more mild than in participants who received the placebo.

The agency also said it's not yet clear how long protection lasts.

No serious safety concerns were reported in the clinical trials.

Participants in the clinical trial who received the Johnson & Johnson vaccine showed similar side effects to other vaccines, including pain at the injection site and some people with reports of fatigue, headache, or fever. Fevers were reported the day of or the day after receiving the injection and lasted one day for most people who experienced them.

There were no cases of anaphylaxis reported in the clinical trial but Macaya Douoguih, head of clinical development for the vaccine group at Janssen, said the company received preliminary reports of two cases of severe allergic reactions, including one with anaphylaxis.

Douoguih said the company will continue to monitor those events and any other reactions closely.

Overall, allergic reactions have not been common and are usually temporary.

It could show up at your local pharmacy.

The J&J vaccine is expected to be distributed much as the other vaccines -- spread out evenly across the states, major cities and other "jurisdictions" like federal agencies. States will still determine who is eligible to be vaccinated and when the process will be opened to additional groups.

But if authorized, this vaccine would be the first to likely target the more general population. When Pfizer and Moderna were authorized in December, the focus was still on health care workers and nursing homes.