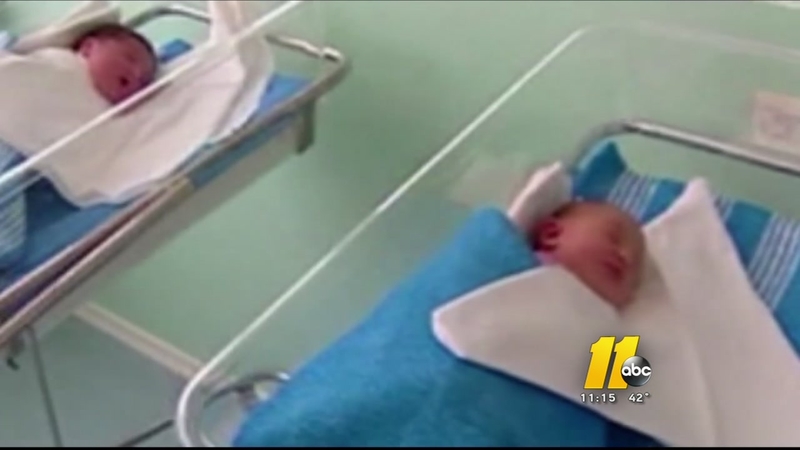 New data from the Department of Health and Human Services shows a staggering 893 percent rise in the rate of newborns hospitalized for drug withdrawal between the year 2004 to 2015, and a current ratio of 1 out of every 100 babies born statewide suffering from symptoms of withdrawal.

"It's not normal," Dr. James Perciaccante, Medical Director of WakeMed Neonatology, told the ABC11 I-Team. "We've seen infants with narcotics withdrawal before, but never at such a high level. The danger is they won't develop normally."

Another day, another sad development in fight against #OpioidEpidemic. In visit to @WakeMed, @NCAGO finds 8 of 38 infants in NICU drug dependent. @ABC11_WTVD pic.twitter.com/pGxIPH0E6A

According to Perciaccante, infants develop symptoms for drug withdrawal in utero, when their mother develops her own addiction to the opioids in painkillers. The babies can then develop a physical dependency on those drugs.

"The most common symptom is this harsh, piercing cry that really sounds like the baby is in pain," Perciaccante explained. "The biggest problem we run into is that without sleep, they don't feed well, and if they're not eating, they're not gaining weight. Without gaining weight, their brains don't grow and that begins to interfere with their development."

On a recent visit to WakeMed, Attorney General Josh Stein called the experience "illuminating and saddening," learning from Dr. Perciaccante's team that an average of eight of every 38 babies in WakeMed's Neonatal Intensive Care Unit (NICU) are born drug dependent.

"What a tragic way for a tiny infant to enter the world," Stein added.

National data confirms the extreme cost of care for neonatal abstinence - as much as $1.5 billion, according to the Centers for Disease Control.