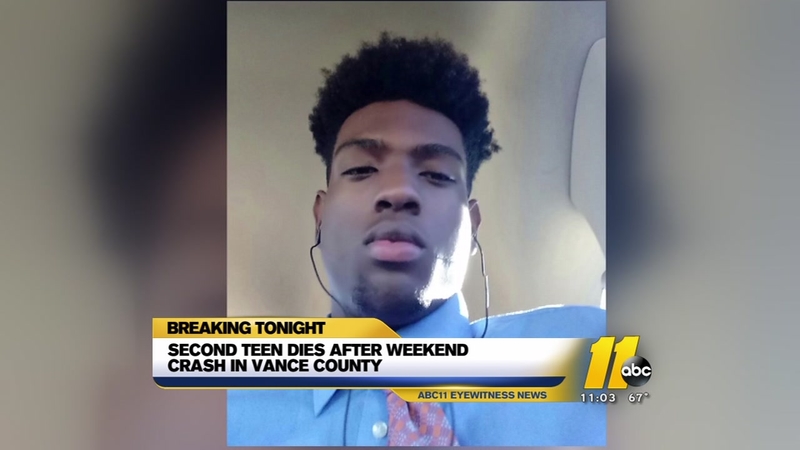 HENDERSON, NC (WTVD) -- District Attorney Michael Waters has confirmed that Ryan Taylor has been charged with a second count of second-degree murder and a second count of felony death by motor vehicle after a second teen died days after the two-vehicle crash in Henderson.

Brown, of Henderson, was airlifted in critical condition to Duke Hospital after Saturday's crash.

Brown was a passenger in the same vehicle as Kasi Thompson, 16, who was remembered Wednesday as part of a standing-room-only funeral in Henderson, four days after she was killed in the same crash that ultimately took Brown's life.

Ryan Lee Matthew Taylor, 29, was charged with felony second-degree murder in Thompson's death, on top of other charges.

The Highway Patrol said Taylor failed to slow as he approached a vehicle with Thompson, Brown and another teen inside, causing the collision. They said he tried to run from the scene before he was caught by authorities.
EMBED More News Videos