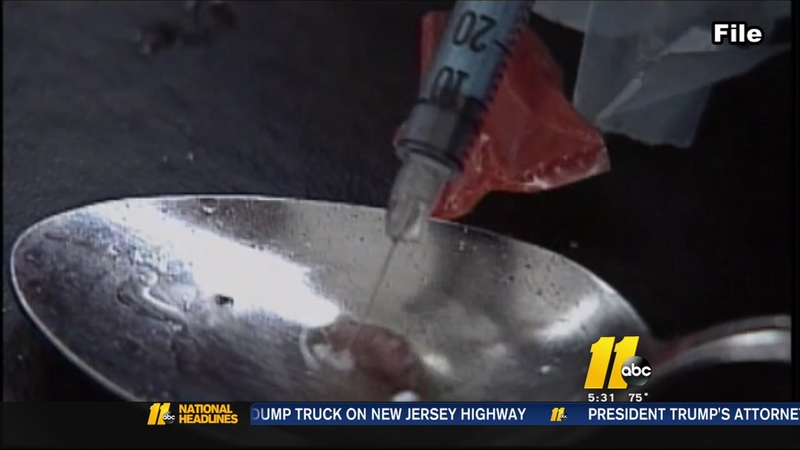 Greenville and Oxford police, along with the SBI, arrested 25-year-old Floyd Terry Thorpe Jr. in the 100 block of Summit Avenue in Oxford.

The case initially began on December 7, 2017, when Greenville Police were called to the Affordable Suites on 101 Dasney Road for a death investigation. They found 30-year-old Vincent Rodenwold of Franklinton dead from an apparent drug overdose.

This latest overdose highlights a growing issue throughout North Carolina.

"It can be very hard now to get prescription opioids from a physician, going to the emergency room and active care. However the access to heroin and fentanyl is very easy, and the price is the lowest it's ever been. So the cost is less and the availability is quite good. So these are some of the drivers," explained Dr. Lawrence Greenblatt, the co-chair of the Opioid Safety Committee at Duke Health.

They report that heroin overdoses have increased 10-fold in North Carolina since 2010. More recently, heroin and fentanyl have been the primary forms of opioid overdoses.

It's a problem that many states across the country are grappling with. In North Carolina, the issue has been exacerbated.

"It's by far the worst it's ever been, and in a particularly frightening way the rate at which things are getting worse is particularly striking," said Greenblatt.

Researchers recently met to discuss ways to try to reverse the trend.

"We need better access to treatment. We need to identify people who are using and encourage them to get into treatment. A lot of these folks have no insurance. Some people have Medicaid, and a lot of our counties have very limited access to proven therapies," Greenblatt said.

To read more on the Duke research, click here.