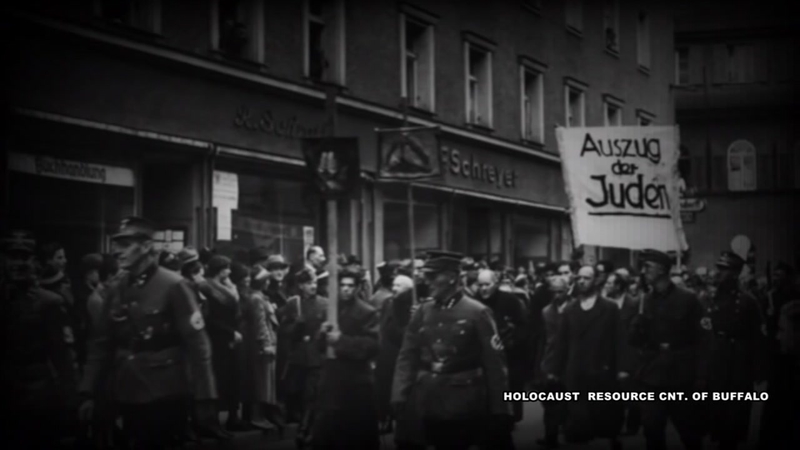 On Tuesday, the House unanimously passed House Bill 437, which would require middle and high school students to learn about the Holocaust and other acts of genocide.

"Those that don't study history are doomed to repeat it. While I don't want to live in history, but I want to learn from it. And I'm afraid if we don't keep alive the lessons that we learned in history, we will repeat it," explained Representative Craig Horn, as he cited an oft-used quote from famed historian and writer George Santayana.

Outside of incorporating the topic into lesson plans, the legislation has also called on schools to create a Holocaust Studies elective.

Horn, who served in the US Air Force from 1962-1969, said he has visited concentration camps in Europe.

"It can happen again. Frankly, it is happening again. So it falls on us as adults, as people in education, to ensure that the message and the lessons are carried on," Horn said.

For Shana Lieberman, who works at Beth Shalom in Raleigh, the timing of the legislation is more important than ever.

"We're kind of in a position in history right now where all of our firsthand accounts of the Holocaust are gone because a lot of those survivors are dying out- those that are left. So as we can no longer hear from them, we need to rely on documentation and history, because the sooner people learn, the better," said Lieberman, who studied the Holocaust while in college.

She added that she's received feedback from students expressing a lack of understanding about that time period.

This bill would also allow for the teaching of other genocidal acts, ranging from Rwanda to Cambodia.

"The Holocaust is not just a Jewish issue, it's an issue of all people of all kinds. And we can show in history that genocide occurred all over the world. People of different races, religions, backgrounds, sexual orientations. No one can escape racism and even a majority can be attacked, and what we don't want is anyone to feel threatened," said Michael Abramson, Chairman of the North Carolina Council on the Holocaust.

Abramson believes the issue is timely, noting a rise in hate crimes and anti-Semitism, particularly in schools.

"We now feel in this day and time there should be an emphasis on Holocaust and genocide education, and tolerance education," Abramson said.