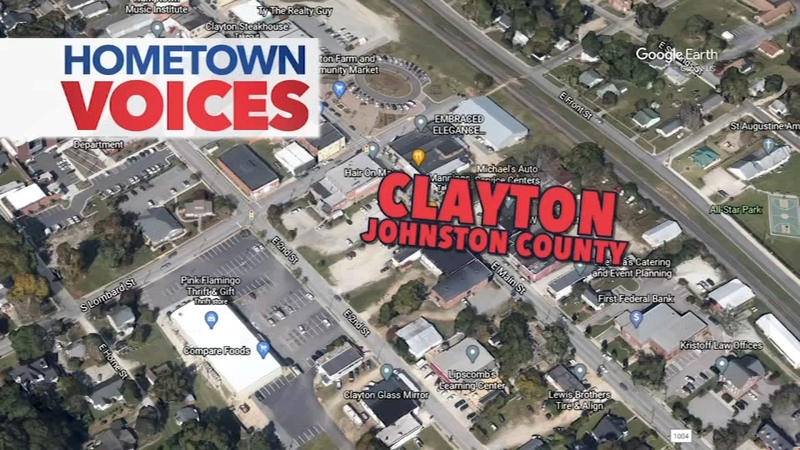 CLAYTON, N.C. (WTVD) -- The talk at Boulevard West Coffee Shop in Clayton centered around the perks and perils of the last four years.

"When I look at Donald Trump, I see a record that I personally agree with in regards to being a Christian; that's what I support," Anthony Varon said. "I'm not saying he's right on everything."

We met Varon as a part of ABC11's Hometown Voices segment, which takes the pulse of voters all across the viewing area.

More than 141,000 people have registered to vote throughout Johnston County.

A deeper dive into the numbers shows more than 54,000 of those voters are registered Republicans; 40,000 are Democrats and more than 45,000 are unaffiliated.

Varon was the only person we met who was willing to share how he was voting.

"I do think it's a very divided country," he said. "I do see that there are a lot of political references out there, there's a lot of fake news, per se, we've heard that term throughout the years. I think dissecting the person, looking at the person as a whole and their record and what they've stood for is important to me."

Others wanted to steer the conversation away from politics.

"It's just overwhelming," said Lindsay, who we met outside of the coffee shop. "I just want there to be less hate, that's it -- that's all I can say. Let's be more kind to each other because you never know what someone is going through behind closed doors."

Leonard Lamberth said he believes there needs to be change in the country.