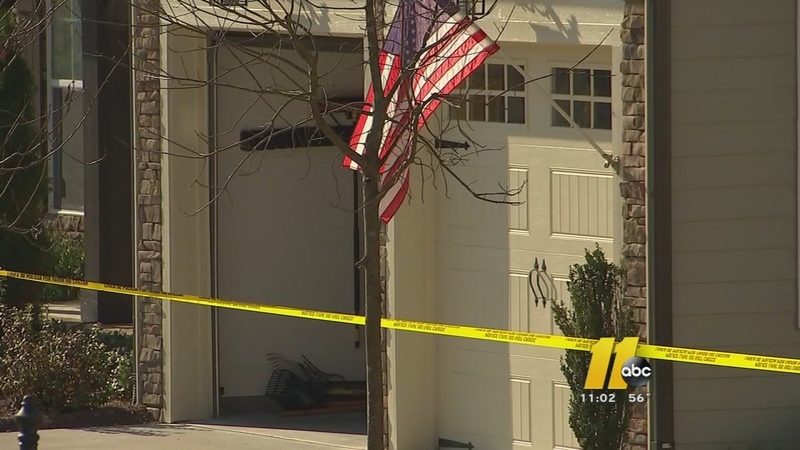 ROLESVILLE, N.C. (WTVD) -- Almost every home along Roles Saddle Drive twinkles with holiday lights. But as you drive through the holiday cheer, you quickly stumble upon a police officer posted outside of a home that now sits in the dark.

Instead of lights at 6205 Roles Saddle Drive, there's caution tape. A reminder to all who live nearby of what happened on Friday.

Two neighbors called 911 around 7:50 a.m. to report smoke coming out of the first floor of the home. One neighbor reported seeing a parked car in the garage and feared the worst.

"We believe that the mom and the kids are in the house," the neighbor told a 911 dispatcher.


Rolesville's police chief, Bobby Langston, said it was hard for crews to get into the home and that they had to force their way inside. When they did, they found a mother with twin 3-year-old boys.

The mother and one of the boys were already dead. The second boy survived and was taken to UNC Hospital. Officials said in a statement on Sunday that the 3-year-old is listed in critical but stable condition.

"What we are calling this is a suspicious fire at this time," Langston told reporters in a news conference on Friday.

A 6-year-old girl who also lives in the home was already at school at the time of the fire. Neighbors tell ABC11 that the wife and husband own a business and said the husband was at work at the time.

Investigators have since been combing the home for clues as to what happened. We're told they did find a gas can inside the home.

While police have not officially released the names of the mother and 3-year-old boy, those who knew the family say they're in shock.

David Sims is the senior pastor at Richland Creek Community Church in Wake Forest. He says the family attended services and people have been reaching out to the church, looking for guidance in the wake of this tragedy.