'Affordable to who?' Despite promises, residents weary of Raleigh solving housing crisis 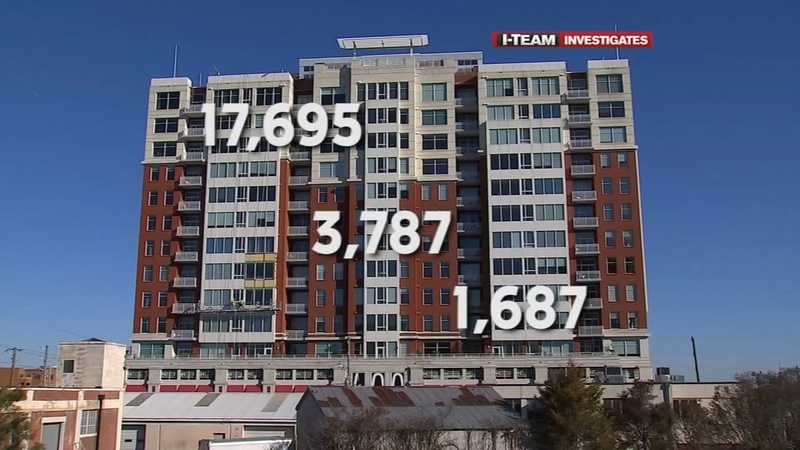 RALEIGH, N.C. (WTVD) -- The concern is no longer just about where new residents can find an affordable place to live in Raleigh.

As the housing market continues its meteoric rise, the surging property values then lead to surging property taxes and the potential to price out the very residents who have made Raleigh what it is for generations.

"There's nothing wrong with wanting to live somewhere, but what about the people from that community, who service that community," Stephon Whitley, an organizer for One Wake NC, a non-profit aimed at improving access to housing at affordable prices, said. "Service workers should be able to live where they work. One of the biggest problems of this country is it's always about the economics. Everything seems to be let's worry about the money first instead of the people."

Whitley, himself, could not afford to live in Raleigh after moving from New Jersey. It's a lamentable twist of his personal life and his profession.

"It's so strange," said Whitley. "I remember before I moved here I had always heard property and houses are cheap in North Carolina. I put in a search in Raleigh for $135,000, maybe a quarter acre of land because I wanted a yard, and nothing came up. I thought something was wrong with the computer - but it was something wrong with me."

According to the Triangle MLS, the average sales price in the Triangle region in 2020 was $338,352, a 6.6% increase compared to 2019. Despite a slight dip in the number of new listings, closed sales were up 9%, leading to the average amount of time homes were on the market to drop from 32 days to 26 days.

The lack of inventory, coupled with population growth and concerns over not enough new construction, are all playing a role in the increasing prices.

Retail and service jobs have been especially hurt by the COVID-19 pandemic, with economists noting the pandemic exacerbated existing inequities and wealth gaps.

In 2020, Gov. Roy Cooper proposed a $500 million affordable housing bond for this year, but to this point it has not gained much traction. The City of Raleigh, meanwhile, sought an $80 million bond and received the needed support from voters (Wake County has warned that it needs more than 60,000 affordable housing units to keep up with demand).

"There's no one silver bullet," said Larry Jarvis, Neighborhood and Housing Director for the City of Raleigh. "I know everyone would like there to be but it's many things have to contribute towards solving the housing crisis."

Jarvis said the city is on schedule to build some 5,700 units reserved for buyers of various lower income levels by 2026, as laid out in the bond proposal.

"The infrastructure of builders and developers that we have, we can't keep up. There's a shortage of homeownership units, a shortage of rental units and it's at all price points. It's freeing up the market to be able to respond is a big part of a solution."

Building developments, however, takes time - as does building a community - and time is a luxury folks like Stephon Whitley can't afford.