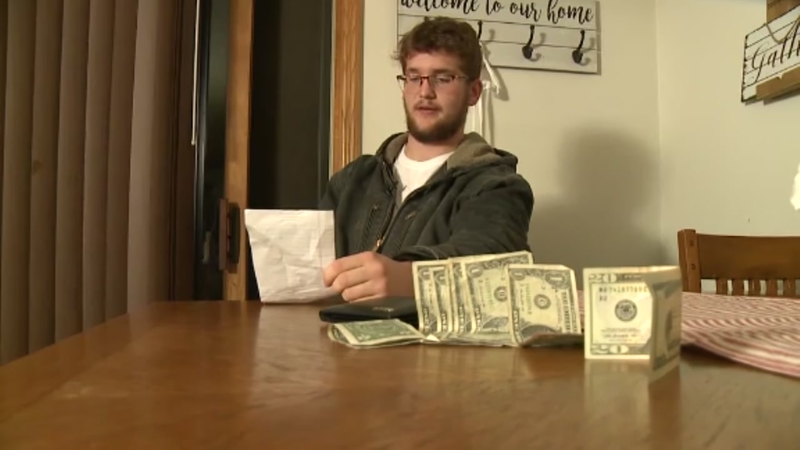 BRANDON, S.D. (WTVD) -- We all know that feeling of panic and terror that washes over us when we realize that we lost our wallet. Well, imagine getting it back and looking inside to find that not only is your money there but there is a little extra.

That's exactly what happened to Brandon, South Dakota, resident, Hunter Shamatt, after he lost his wallet on a flight to Las Vegas for his sister's wedding.

Hunter never expected to see his wallet again but a week later he received a package in the mail with his wallet and a letter.

"Hunter, found this on the Frontier flight from Omaha to Denver -- row 12 seat F, wedged between the seat and the wall," the stranger who returned the wallet wrote. "Thought you might want it back." 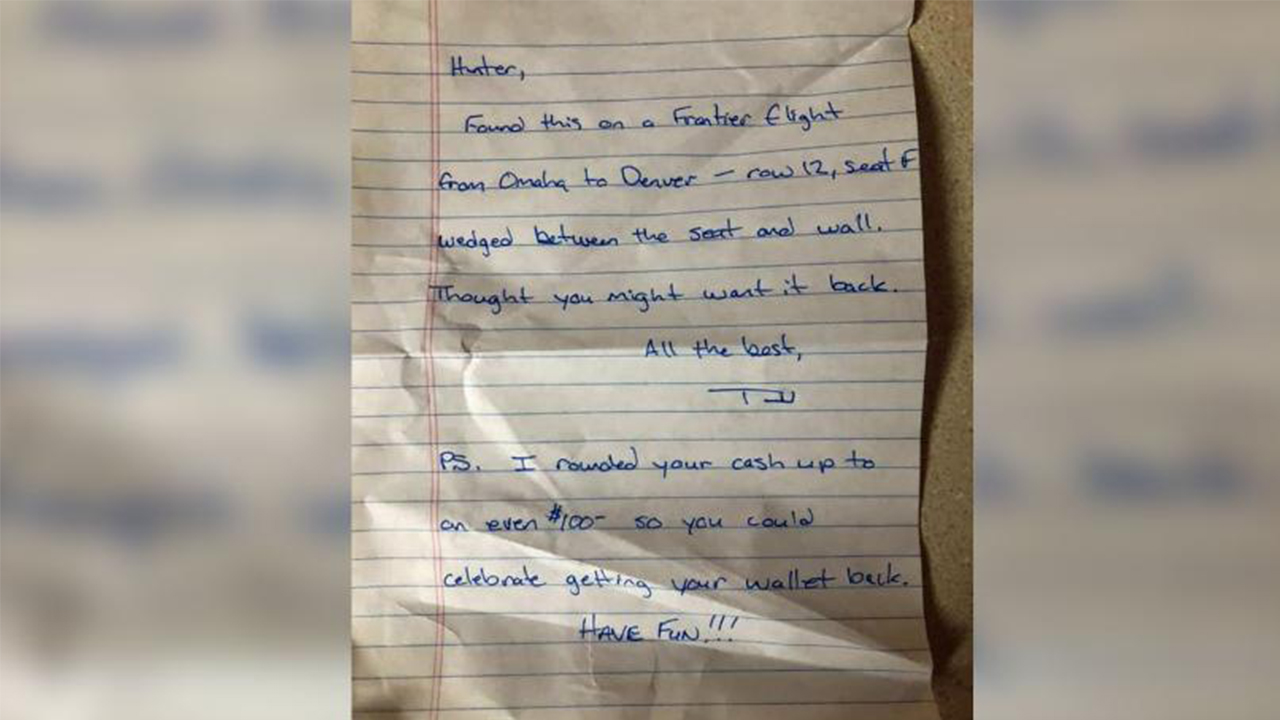 But there was something else to help sweeten the surprise.

"I rounded your cash up to an even $100 so you could celebrate having your wallet back. Have fun."

Shamatt said he's so thankful for the gesture.

"It really meant a lot that he would go out of his way and do that for a complete stranger," Shamatt said. "I'm still paying off school loans and I got truck loans to pay off so it really helps out ... I think that it goes to show that there's more good out there than there is evil because this was just a random guy on the street. Shows that there are still good people out there."

With nothing but a return address out of Omaha and the man's initials, the family was able to track the mystery man down.