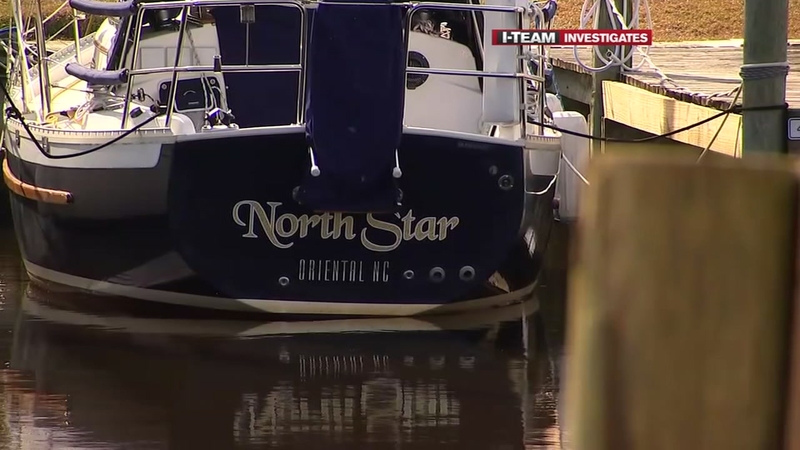 Political infighting in Washington over Puerto Rico seems to be holding up needed relief for North Carolina victims of Hurricane Florence.

Keith Bruno, whose business, Endurance Seafood, sustained devastating damage, said federal dollars could drastically speed up the pace of rebuilding and get his business back on track.

"People get tired of asking if I'm back in business and they just forget about you," Bruno lamented to ABC11. "What took us 15 years to build to the point we were self-sustaining - it's going to be difficult to get the businesses end of the business back."

Worried about losing further business, Bruno has instead relied on loans from family and friends to rebuild. The fishing operation needs docks, ice machines, coolers, freezers and other equipment totaling some $100,000.

"It's a big weight," Bruno said of carrying debt. "Fishermen find other places to sell. The people who depend on me to supply that fish find other people to buy that fish. Like any businessman in America, you worry. If you care about what you do, you worry. I worry - is this money going to come?"

Bruno has received some money from the State of North Carolina, which last year passed two sweeping recovery packages that included $11.6 million for fishermen's lost wages.

Still, money has not arrived from the federal government in response to a federal disaster declaration for North Carolina's marine fishing industry. The declaration was approved by Commerce Secretary Wilbur Ross on December 7, 2018.

Several months later, the bipartisan divide has reemerged over relief to other disasters in the country, including Puerto Rico.

"While we were successful in providing an initial down payment for North Carolina, many families, farmers, and our military communities still need more federal assistance and time is of the essence," Sen. Thom Tillis (R-North Carolina) wrote to ABC11 in a statement. "Minority Leader Chuck Schumer (D-New York) needs to stop the partisan political posturing so we can reach a deal. North Carolinians have already waited long enough for the federal resources they need to recover and rebuild."