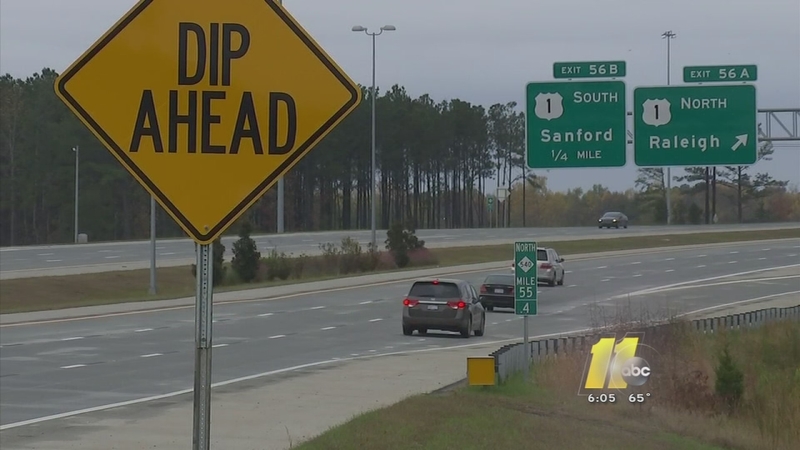 APEX, NC (WTVD) -- Just two years after its completion, repair work is set to begin on the Triangle Expressway next week. The road is dipping in two places because of dirt shifting underneath.

"The dirt around the tunnels has started to settle," said DOT Spokesperson Ginny Inman. "It's nothing out of the ordinary. It's pretty standard work."

"There are actually eight tunnels along the TriEx," Inman said. "Our crews have checked the other six and they don't seem to have any other issues."

Inman says there have been no accidents at either point in the road and says the work should take a few days to complete.

The cost? 100 to 200 thousand dollars. That's paid for with money from tolls and the original bond, not taxpayer money.

And the DOT tells us the road is paying off ahead of expectations.

And in the fourth quarter of 2015, year-to-year daily ridership is up 18-29%, depending on the stretch of road you're looking at.

As for those pipes, when they'll start being used will depend on growth. But Inman says they're capped and buried and should be ready whenever they're needed.