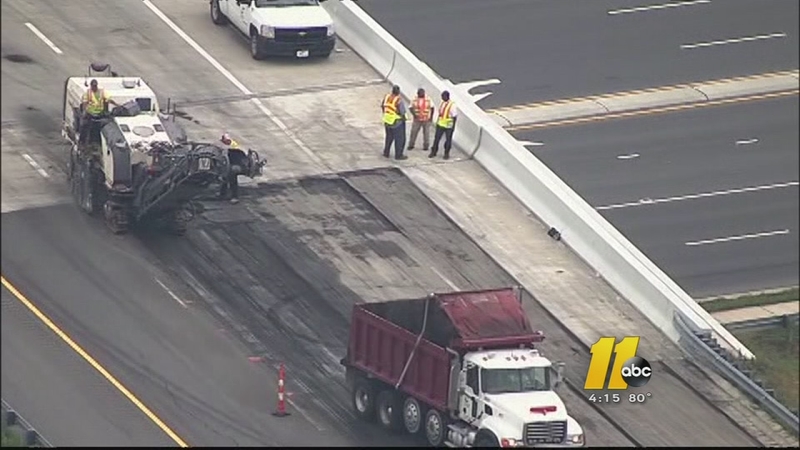 That's how one commuter described a massive dip in the southbound lanes of Highway 147, just after it turns into the state's first (and only) toll road. The problem was right at the Hopson Road and Davis Drive overpass. Crews started repair work Tuesday morning.

The road is only about three years old. It was the first stretch of what will be the southern half of the 540 loop around Raleigh and opened in December 2011. So what happened?

DOT Maintenance Engineer Brandon Jones explained the filler material that was used to build up the ground on either side of the bridge moved. Jones says that's not uncommon when you're talking about Triassic material, which is what's available in this part of the state. He told ABC11 DOT inspectors noticed cracking in that part of the road six to eight months ago but the dip formed much more recently.

As for who's paying - how about the original contractor? Turns out, there's a three year warranty on the new road, which is good through December. DOT officials say this is the first time they've had to use the warranty but tell ABC11 they expect to send the contractor a list of other, smaller problems in the fall.

DOT officials tell ABC11 the job on the Davis Drive overpass should be finished before the end of the week.