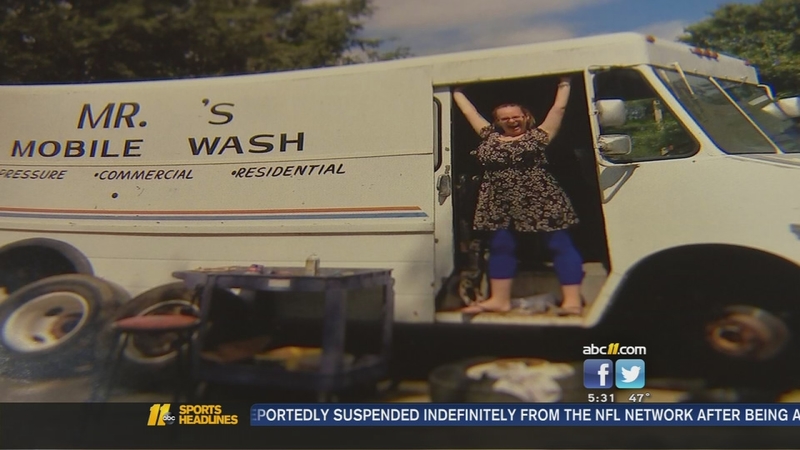 DURHAM (WTVD) -- The food truck business is booming in the Triangle area and people are coming from all over just to try their hand in the business, but many are hitting a roadblock.

A local food truck builder has been promising to build their dream food trucks, but his customers say he never delivers on it.

James Freeman traveled from Georgia to Durham to have his old bus transformed into a new food truck.

"He was building it from scratch, he was going to rip the floor out," Freeman said.

"He was saying it was going to be done the first of August, that never happened and all communication stopped," Freeman said.

So Freeman came back to Durham to see what was going on.

"Nothing was done, it looked exactly like it did when I gave it to him two months ago," Freeman said.

Something similar happened to Craig Powell of Cary.

"Everything was fine and dandy up until we gave him the deposit, after that it went downhill," Powell said.

He paid a $6,500 deposit to have this trailer up-fitted for a food concession business.

"He would never answer any emails, phone messages, no one would answer his door," Powell said.

The owners of The Belgian Waffle Truck, say they're also victims of Baliva. They also drove up from Georgia and paid $11,000 to retrofit their food truck.

They tell us they ended up having to hire someone else to do the work.

And then there's Tara Mortimer.

"My mom passed away a little over a year ago and through her inheritance we were going to open the business and open it in honor of her," Mortimer said.

Little Mama's was going to be a coffee and pastry truck. Mortimer moved her entire family from Wisconsin to start her business.

"We knew this area was happening for food trucks," she said.

But after paying Baliva a $10,600 deposit last fall, she noticed he changed his company name to Neighborhood Hospitality Group.

"He said he would have the truck done in ten days," Mortimer said.

But after ten days, nothing had changed.

"It looks exactly the same as the day we dropped it off," she said.

When months went by, Mortimer got fed up and took Baliva to court.

"The day of court he tried to offer me to build me a truck beyond my expectations if I would drop the lawsuit," she said.

She refused and the court ordered Baliva to pay her $10,000. But all she got was an email promising he would mail her keys to her truck.

"It's pretty clear I don't think he intends to make this right," she said.

That is when she called ABC11 and we discovered Baliva's business had another new name, Bull City Builders. He also had a new location and business partner.

But his new partner, Dave, had no idea what Baliva had been doing.

We went to Baliva's home to ask him why he hasn't completed any trucks. He didn't answer any of our questions and immediately went back inside.

He didn't want to talk on-camera, but emailed us the next day saying he would happily meet us and tell his side of the story, off-camera.

But the meeting never happened. Instead, we got another email from Baliva admitted he "erred" Mortimer and promised to make it right by returning her deposit.

But she still hasn't received her money back. Instead, she got another surprise -- her keys.

Mortimer, Freeman and Powell are all still waiting on their money.

All of them tell me they hope no one else falls victim to Baliva.

"I just don't want anyone else giving him money," Freeman said.

Baliva recently emailed us and said he is no longer in business and is looking for a job. He said that he plans to repay 100 percent of the debts.

His former partner in Bull City Builders said he had no idea what he was getting in to and is trying to make it right for some of Baliva's victims.