ICE takes man into custody after standoff near Zebulon 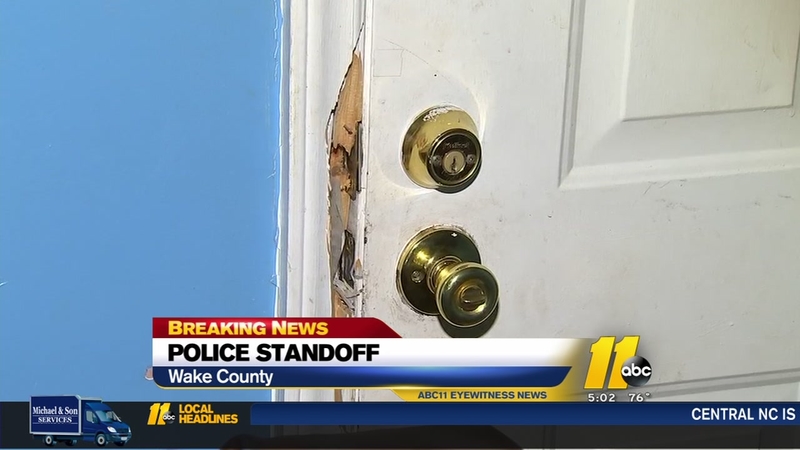 ZEBULON, North Carolina (WTVD) -- A man is in custody Wednesday after a standoff at a home in Franklin County.

It happened on Banes Road, right off Highway 64.

"They came and asked me you know, if I know these people right here, said Yolanda Garivay, a nearby neighbor. "I said they're just neighbors, that's it, after that I don't know them at all."

Family members said ICE agents told them the man's car had been involved in an accident. Since they hadn't been out of the house that day, they said they got scared, locked the door and refused to come out.

ICE takes man into custody in Zebulon, says this was not standard immigration action: https://t.co/QQfqmIbvxH pic.twitter.com/wruoaNgsis

ICE called in the Franklin County Sheriff's Office, who then got a SWAT unit on the scene.

After a few hours, the SWAT team entered the home and took Raymondo Jersain Barrios Jiminez, 33, into custody. His wife and a child were in the home at the time.

His wife, Fanny, said she believes the incident may have to do with their immigration status, but ICE officials stressed that this action was "not a standard immigration action" and was part of a larger federal investigation.

ICE deals with more than just people being unlawfully present in the country, a spokesperson told ABC11.

There were no details yet on charges.