Man arrested for grabbing woman's buttocks while she walked her dog, could be responsible for several other similar crimes FAYETTEVILLE, N.C. (WTVD) -- A 19-year-old may be behind a string of sexually related crimes in Fayetteville and a victim said she hopes other women will speak out.

Fayetteville Police arrested Melquan V. Carter on one count of sexual battery, but they said they believe he is likely responsible for many more.

Investigators said Carter grabbed a woman's buttocks while she was out walking her dog near Creek Meadows Place off Bingham Drive on Sunday. He then ran off, but the victim was able to identify him.

On Wednesday, ABC11 spoke with the alleged victim, Tammy Daly, who said she was groped in her gated community. 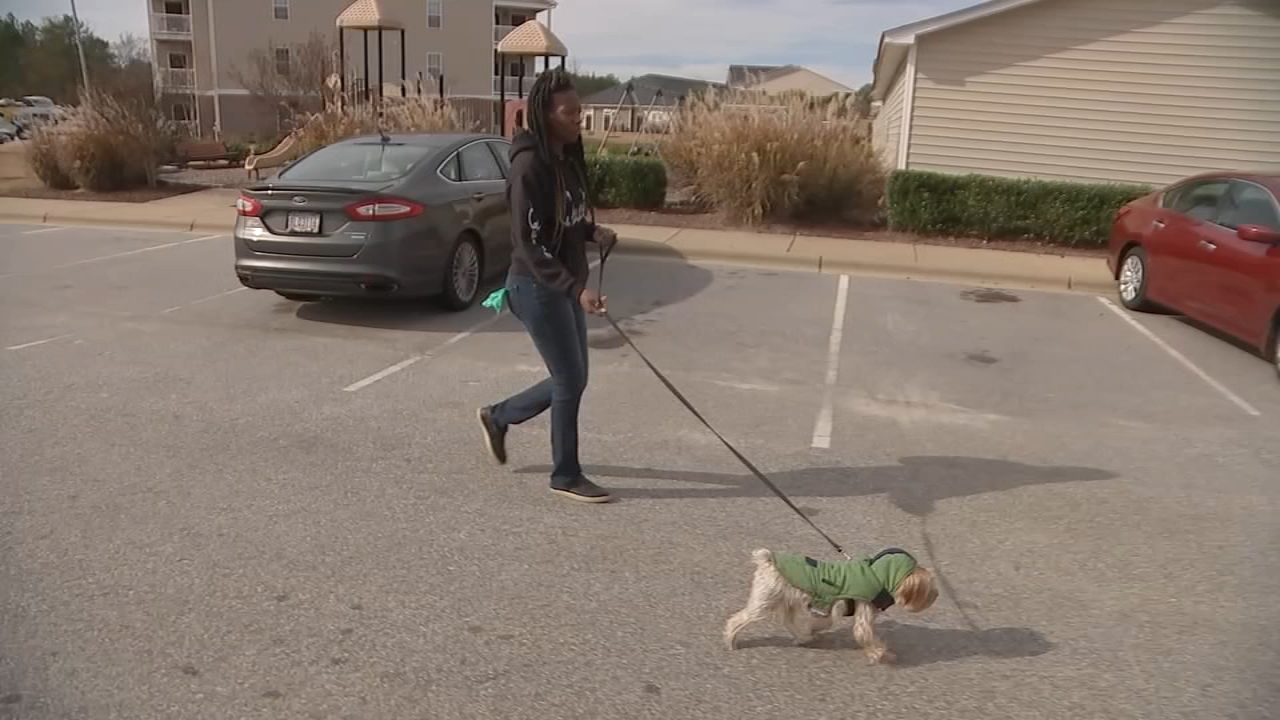 Tammy Daly said she will be more careful when walking her dog in the future.

"When I looked and said 'I don't think I know him,' my heart actually dropped, and I was in shock," she said. "I was on the phone with my husband."

Daly said she was helping her puppy, which had become tangled in its leash when she felt someone brush up behind her and touch her inappropriately..

"He was going to walk off like it was nothing," Daly said.

Two maintenance workers nearby saw the incident and chased the suspect, who reportedly jumped a fence and got away.

But a few hours later, police arrested Carter at his home.

"We're not going to tolerate this type of behavior," said Sgt. Darwyn Hudson with the Fayetteville Police Department.

Police said they believe he is responsible for inappropriately touching several other women in the Cliffdale Road area.

The Special Victims Unit is investigating the cases.

"The type of behavior that was involved in this touching women or any one individual inappropriately is something that is very concerning to us because it could lead to other actions," Hudson told ABC11.

As for Daly, she said she'll be more cautious when walking her dog.

"I just hope that other women come forward and say 'yes, that's him' so something can happen instead of him just getting right back out. and I have to be nervous walking my dog again," Daly said.