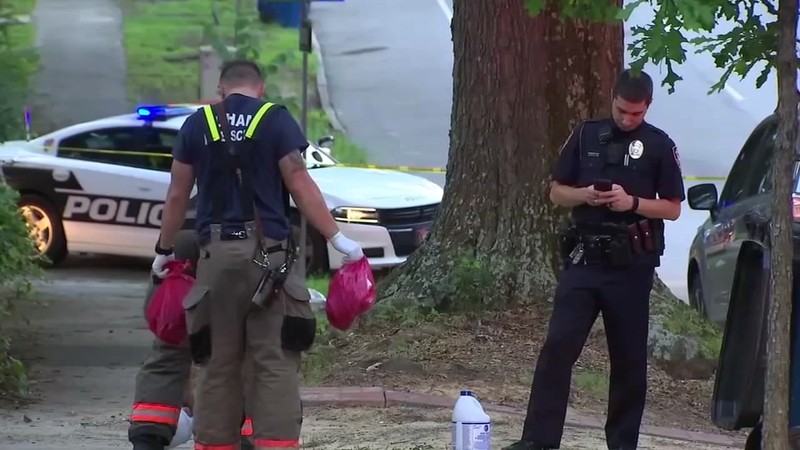 DURHAM, N,C, (WTVD) -- By dusk on North Duke Street, Wednesday, Durham firefighters were sanitizing the blood off of the sidewalks closest to Englewood Avenue where neighbors found a woman on the ground, bloody, seriously hurt, and screaming in pain.

On Thursday, 24 hours later, it's still unclear just what happened to her.

Matt Hall heard the commotion from his backyard.

"I heard some wailing so I came to the front porch," Hall said. "I went to see what was happening and I realized she was bleeding so I got towels and ice and tried to call 911."

The victim was rushed to Duke Hospital while back at the scene, police scoured the block marking potential evidence with lime-green cones.

But how did this happen?

#BREAKING: Woman found “seriously” injured on N. Duke St. in Durham.
DPD Crime Scene Investigations collecting evidence where neighbors found the victim alone and in a pool of blood.
No word yet from DPD on how this happened. #abc11 pic.twitter.com/9Nd7dPAYur

Some neighbors wondered off camera whether the victim was struck by a hit-and-run driver. There have long been complaints of cars speeding over the blind hill that runs through this heavily trafficked north-south thoroughfare.

Gary Jackson, who lives just a few feet away from the crime scene, shared his suspicion that the woman was attacked and left on the side of the road.

"There was a pool of blood in the end of the block," Jackson said. "I think that's pretty clear (she was assaulted)."I don't know if (the victim) was walking or bicycling. I don't know how she was hurt. But, apparently, there was a broken bottle used in the assault."

A woman was found with serious injuries on a Durham street Wednesday.

Durham Police haven't said whether that broken bottle was linked to the woman's injuries.

DPD investigators said they are still working to determine whether she suffered a medical issue or was assaulted.