'My soul is going to hurt for the rest of my life': NC A&T nursing student from Raleigh killed in Greensboro shooting 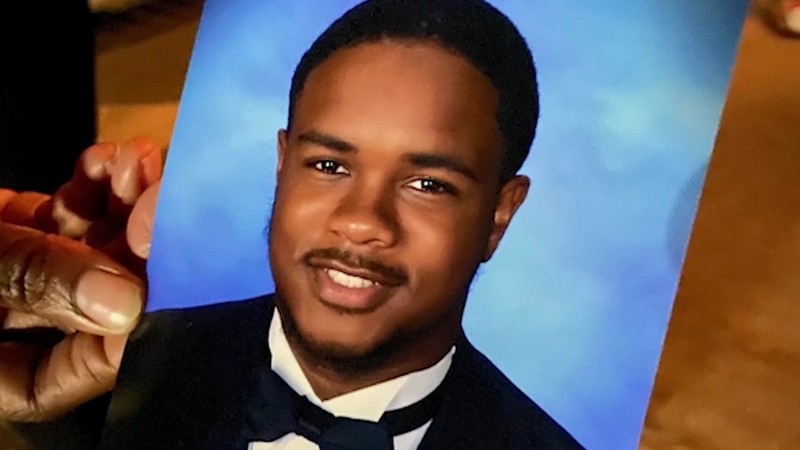 GREENSBORO, N.C. (WTVD) -- The North Carolina A&T University community is mourning the loss of an 18-year-old nursing student from Raleigh who was killed in an overnight shooting in Greensboro.

The Greensboro Police Department said officers responded to a shooting along the 900 block of Omaha Street around 12:20 a.m.

On arrival, officers found Jalen Scott Dunston, 18, of Raleigh, suffering from a gunshot wound. Officials said CPR was performed at the scene, but Dunston later died from injuries.

Dunston was a freshman nursing student in the College of Health and Human Sciences at NC A&T State University, but before that, he was a student at Southeast Raleigh Magnet High School where he also played football.

Sunday night, Dunston's mother, Erika Jones, said she is distraught, "My soul is going to hurt for the rest of my life."

Jones said her son was attending an outdoor off-campus party before coming home for the holidays. She agreed to let him go to the party since his report card was good. Now, it's a decision she regrets.

"It is my job to protect my children. So I feel like if I had made a different decision," Jones said.

She said her son was accompanied by a friend who prayed with him as help arrived.

Authorities said a second victim was taken to the hospital and is in 'stable condition'.

The university released a statement on Sunday morning, in part reading:
"The North Carolina A&T State University community is mourning the death today of student Jalen Dunston, who died early Sunday morning, Nov. 15. He was a freshman nursing student in the College of Health and Human Sciences from Raleigh, North Carolina.
Jalen's death is under investigation by Greensboro Police Department. North Carolina A&T will provide no further comment so as not to interfere with that inquiry.

Jalen's death is a great loss to the university community. Our thoughts, prayers and condolences are with his parents, friends and family. At this time, a funeral or memorial service has not been scheduled."

University officials said resources are in place for students grieving the loss of Dunston. Students can get a consultation by calling (336) 334-7727.

GPD has not released information on the shooting suspect at this time.