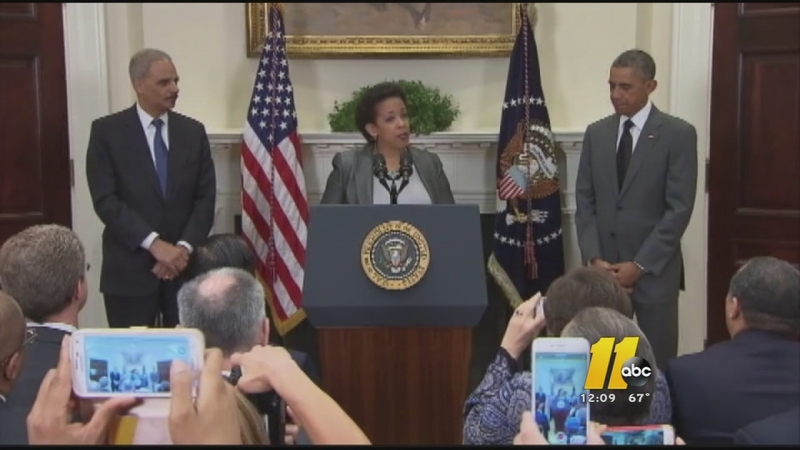 WASHINGTON, D.C. (WTVD) -- The confirmation of Durham native Loretta Lynch as the next Attorney General is still on hold.

Senate minority leader Harry Reid said that if majority leader Mitch McConnell doesn't speed things up, he will try to use a procedural maneuver to force a vote on her nomination.

"I think presidents have the right to pick their team in general, if someone is supportive of the president's polices whether you agree with them or not," Bush said. "There should be some deference to the executive. This should not always be partisan. The longer it takes to confirm her the longer Holder stays as attorney general, look at it that way."

If Lynch is confirmed, she would be the first black woman to hold the post. However, her Republican lawmakers have pushed back her vote now more than 40 days, saying they need to take care of other business first.