'Jeopardy!' rivalry between James Holzhauer, Emma Boettcher ends in final round of 'Tournament of Champions' 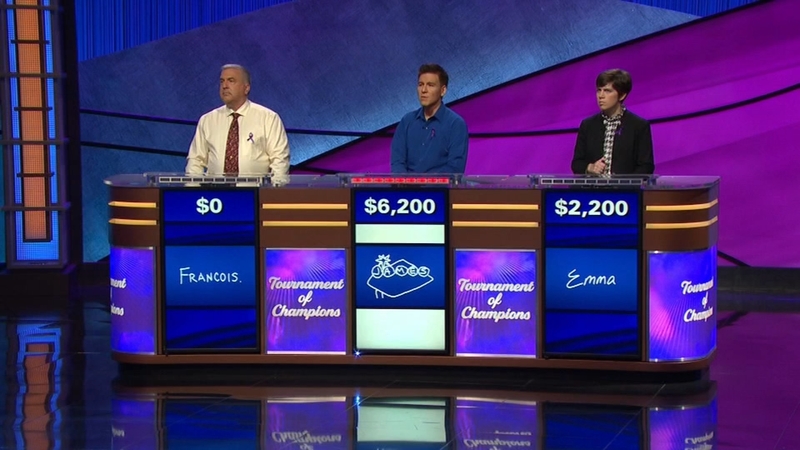 'Jeopardy!' rivalry between James Holzhauer, Emma Boettcher ends Friday in final round of 'Tournament of Champions'

The epic standoff between two "Jeopardy!" fan favorites has ended, and one contestant took home the crown!

Recording-breaking contestant "Jeopardy! James" Holzhauer faced off against Emma Boettcher, a University of Chicago librarian who ended his 32-day winning streak and earned the nickname of "giant slayer."

Spoiler alert: If you don't want to know who won the final round of "Jeopardy! Tournament of Champions" Friday, then stop reading now.

Sometimes a picture is worth 250,000 words. Congratulations, James! #TournamentOfChampions pic.twitter.com/L3oCOCxJn0

"I think the best part has been fulfilling my childhood dream from when I was a 9 year old watching the show with my beloved Granny," Holzhauer said.

Holzhauer's family held a watch party to root on the "Jeopardy!" giant on Friday.

Despite the loss, Boettcher has kept it all in check throughout the competition, according to her boss.

"She's been incredible humble," said David Bietila, her supervisor. "She still comes in, works hard and is very diligent at her job."

As for Holzhauer, "Jeopardy!" appears to be the launching pad.