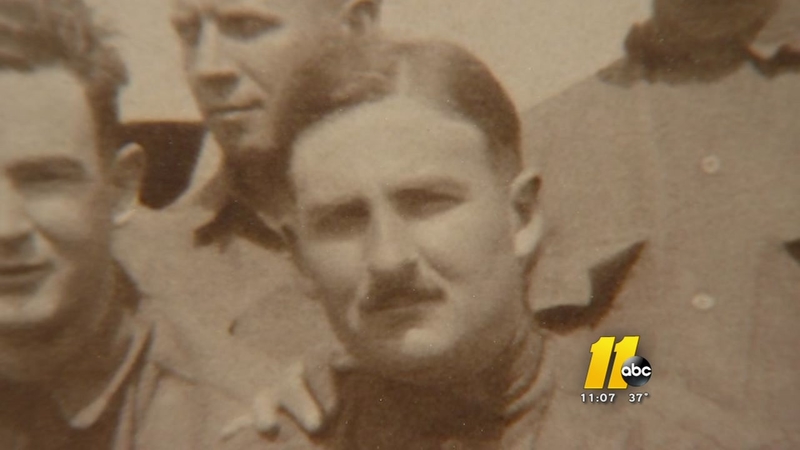 CARY, North Carolina (WTVD) -- World War I has too often been forgotten by history. And when John Kane returned from combat in 1919, he never spoke about it.

Until 1940 - when Kane wrote a manuscript for a book that sat in a drawer for 77 years.

Kane's story is finally being told.

"(My father) never talked about the war to my mother and I, (we) knew nothing about it," said Kane's daughter Sara, who goes by "Sashie."

All these years later, Sashie is finally getting to share her father's military life with the world - the life John Kane never mentioned when he came back from War World I.

"The story is he would sit up in the bedroom in a big chair every night and write on a yellow pad of paper," recalled Kane's grandson, Gus Zimmerman.

In 1940, Kane's manuscript was complete; 164 pages typed on onion-leaf paper detailing his life immediately before and after volunteering for the army; and his 20 months amidst one of the deadliest conflicts in human history as one of the very first members of the U.S. Army's Graves Registration Unit.

"My grandfather was the first American to plot cemeteries on foreign soil," Zimmerman said.

From their home in Cary, Zimmerman and his wife, LaWanda, self-published his grandfather's memoir last month. It's filled with letters to Sashie and the painful tales of the horrors of war.

"And (Kane) tried to make sense of what was going on and to reflect to his daughter what he learned over there," LaWanda said.

The book, "The Khaki Road of Yesterday" is a story nearly 80 years old and is finally coming to light.

The final passage is written to a 10-year old Sashie, from her dad.

It reads: "Well Sashie, this is about all I have to say. The twine is unraveled, the spool is bare and now I turn it over to you to pass along the journey of life."

"I learned a lot of lessons (from the book)," Sashie said. "To live a simple life. And as I write in the book, I'm amazed that this man was my dad."

The book is available now on Amazon.