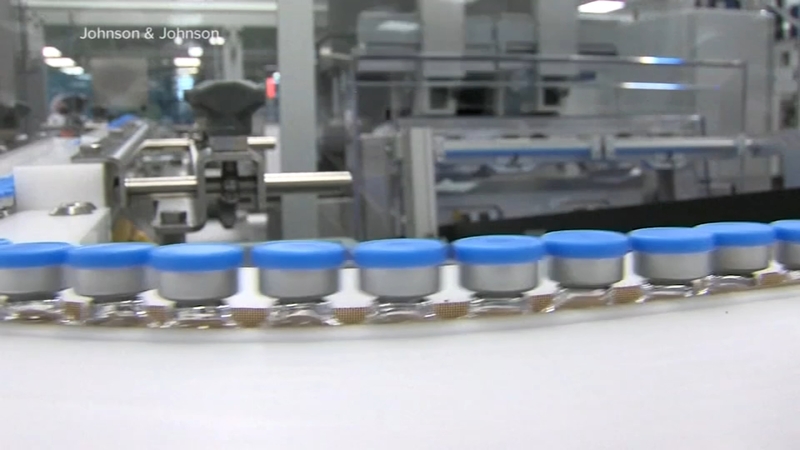 As some states report they have Johnson & Johnson Covid-19 vaccine doses that are expiring before they get used, the company and federal officials say they're looking at whether expiration dates can be extended -- and whether the doses could be put to use elsewhere before they expire.

"We're working very hard, both at the federal level and at the local level, to do everything we can to make sure that these vaccines can be used and deployed in the very best possible way," Johnson & Johnson Chairman and CEO Alex Gorsky said Wednesday during a Wall Street Journal Tech Health event.

"The good news was we got a lot of vaccines out to meet this initial surge in demand and now making sure we get the very best possible deployment and allocation, and the distribution system gets even more agile, more flexible -- not only here in the United States, between states, but in fact around the world -- will be work that we need to continue to stay focused on in the weeks and months ahead."

Dr. Anthony Fauci, director of the National Institute of Allergy and Infectious Diseases, told CNN on Wednesday that the US Food and Drug Administration is looking into extending expiration dates and how to make use of the doses.

"The FDA is looking into that right now, trying to determine if, in fact, the date can be extended or not and if so, can we get them properly utilized, whether it's utilized in the United States or elsewhere," Fauci said. "This is something that the FDA is very much on and looking at very, very carefully."

It's not clear how many Johnson & Johnson doses are now at risk of expiring before they're used. The pace of vaccination has slowed in recent weeks as nearly half of the eligible US population -- people 12 and older -- is already fully vaccinated.

Nearly 11 million doses of the Johnson & Johnson vaccine -- about half of the 21.4 million doses that have been delivered to states and other jurisdictions -- have not been administered, according to data from the US Centers for Disease Control and Prevention.

"It is an issue that there are expiring doses -- I would imagine in every state," a source familiar with the federal vaccination effort told CNN on Wednesday. "However, it's a very small percentage of the overall doses that have been sent to providers -- probably 1-2%."

States have administered fewer than half of distributed J&J doses

Most states have administered fewer than half of the J&J doses that they've received, CDC data shows.

Three states -- California, Texas and Florida -- account for more than a quarter of the unused doses. These states also received the most J&J doses overall, as the federal government allocated vaccine shipments based on state population.

While their total counts of unused doses are smaller, West Virginia and Mississippi -- as well as the Veterans Health Administration and Indian Health Service -- have each administered fewer than a third of the J&J doses that they've received, according to CDC data.

Ohio has about 256,000 unused doses of J&J vaccine, according to CDC data reported through Tuesday. In a news release from this week, Ohio Gov. Mike DeWine said that 200,000 of those doses are set to expire before the end of the month. He noted the state is unable to share the doses with other states or countries.

CDC data shows Oklahoma has about 135,000 unused doses, and the State Department of Health Deputy Commissioner Keith Reed told CNN that last week they had about 80,000 doses that would expire if not used by the end of the month.

"We have pulled expired vaccine from active inventory and are in the process of following CDC guidance on proper disposal," Reed told CNN.

Danyelle McNeill, public information officer for the Arkansas Department of Health, said the state has received 163,000 doses of J&J's Janssen vaccine and administered 69,501 of them. About 65,000 doses are set to expire by September 30.

Retired Arkansas National Guard Col. Rob Ator, who has been overseeing Arkansas' vaccine distribution, told KATV last week that he stopped ordering the J&J vaccine for the state, because they have so many unused doses.

"It's an all-hands-on-deck kind of a theory to get the vaccine out, but there is the potential in the future that we would have large scale wastage," he said.

Johnson & Johnson said in a statement to CNN on Tuesday that it's conducting stability testing "with the goal of extending the amount of time our COVID-19 vaccine can be stored before expiry." The J&J vaccine can be stored for up to three months at refrigerator temperatures, but longer if frozen.

White House Covid-19 adviser Andy Slavitt said Tuesday they're "working aggressively" to get doses administered, and encouraged states to work with the FDA on storage solutions.

Federal officials "would encourage every governor who has doses that they worry may be expiring to work with the FDA directly on the proper storage procedures ... as they continue to examine processes that will allow the doses to potentially last longer, as they go through those trials," he said.

Still, doses that might go to waste will not affect the United States' ability to fulfill its plans to distribute vaccines globally, Slavitt said.