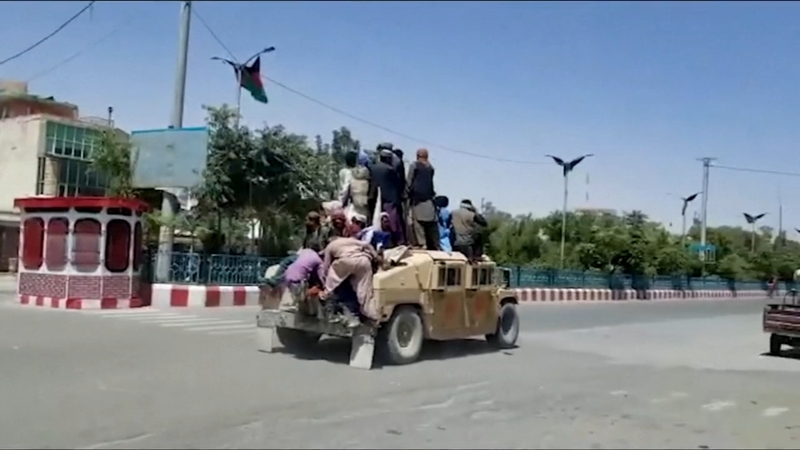 FORT BRAGG -- The State Department will begin reducing its staff levels at the U.S. embassy in Kabul and the Pentagon will send troops in to help facilitate those departures, as Taliban forces advance on more provincial capitals.

State Department Spokesman Ned Price said that while the embassy in Kabul will remain open, they will be reducing their civilian footprint due to the "evolving security situation." He added that they expect to draw down to a core diplomatic presence in Afghanistan.

"What this is not -- this is not abandonment. This is not an evacuation. This is not the wholesale withdrawal," Price said Thursday. "What this is, is a reduction in the size of our civilian footprint. This is a drawdown of civilian Americans who will, in many cases, be able to perform their important functions elsewhere, whether that's in the United States or elsewhere in the region."

In a briefing at the Pentagon, the Defense Department's top spokesman announced that it's sending 3,000 troops from three infantry battalions -- two Marine and one Army -- to Kabul's Hamid Karzai International Airport to help out with the removal of American personnel from the U.S. embassy.

They'll be there "temporarily" and will begin shipping out in the next 24 to 48 hours. These numbers are on top of the 650 already in Kabul protecting the airport and the embassy.

An additional 1,000 personnel will be sent to assist with the processing of Afghans who worked as interpreters, guides and other contractors and applied for Special Immigrant Visas.