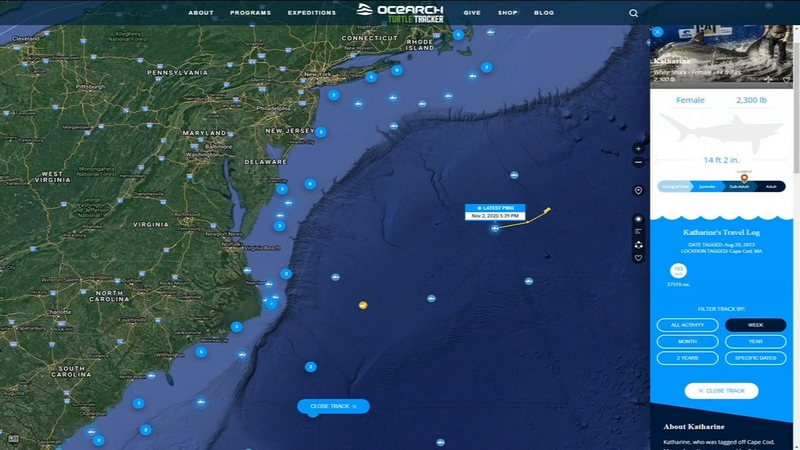 A massive great white shark who often swims off of North Carolina's coast has kept an active satellite tag longer than any other of her kind.

The Virginian-Pilot reported Tuesday that scientists tagged the now-famous shark seven years ago off Cape of Cod.

The shark, named Katherine, was recently spotted swimming hundreds of miles off the coast of Virginia on Monday. It was the first evidence of her whereabouts in about a year and a half.

Two whale watchers had a close encounter while kayaking off the coast of Avila Beach in California, that they will likely never forget.

Ocearch, a nonprofit group doing research on large marine animals, has tagged about two dozen great whites. The tags bounce a signal from a satellite when they surface.

"This is a record for our Atlantic SPOT-tags that normally only send white shark data to us for about five years," Dr. Bryan Franks of Jacksonville University said in a statement. "Katharine pinged in multiple times yesterday, confirming it was not a fluke."