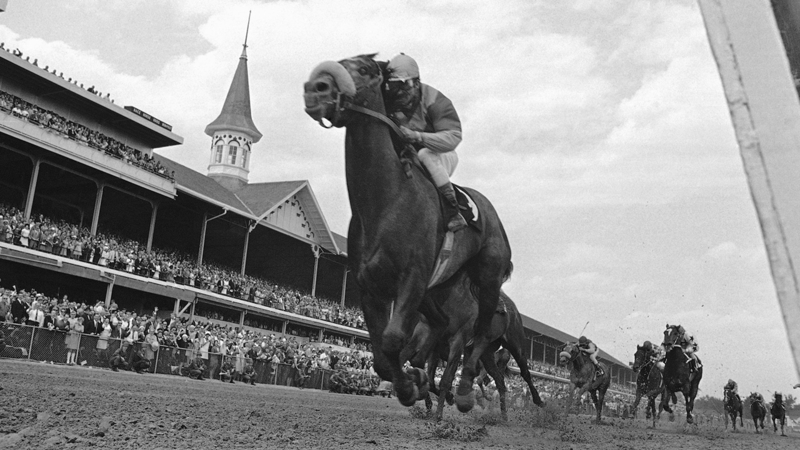 LOUISVILLE, Ky. -- It's been more than 50 years since the 1968 Kentucky Derby, the first time in the history of the race that a winner has been disqualified.

Dancer's Image was the original victor, rallying three-fourths of the way through the race to make up for a slow start and winning by a length and a half. But mere days later, it came to light that the American Thoroughbred had failed a post-race drug test.

The horse had tested positive for phenylbutazone, a non-steroidal anti-inflammatory used as a pain reliever in horses and other animals, according to race officials. Phenylbutazone, while legal during training, could not be in a horse's system at the time of the race under Kentucky law. Dancer's Image's handlers were certain that a low dosage administered six days prior would have filtered through the horse's bloodstream by the running of the Kentucky Derby.

Dancer's Image was stripped of his title, and officials declared second-place Forward Pass the ultimate winner of the race. The ensuing yearslong legal battle captivated the sports media and the horse-racing community, but the judgment stood.

In the years since, conspiracy theories have swirled around the incident, with some wondering if the stripped title was retribution for owner Peter Fuller's support of Dr. Martin Luther King Jr., a gambling fix or a possible set-up in support of Calumet Farm, a racing giant from that time period that produced Forward Pass.

Until 2019, Dancer's Image was the only first finisher in the history of the Kentucky Derby to be stripped of its title. Phenylbutazone is now one of the most commonly used drugs in horse racing, given to alleviate chronic pain and joint inflammation and not to enhance performance.

ESPN and the Associated Press contributed to this report.