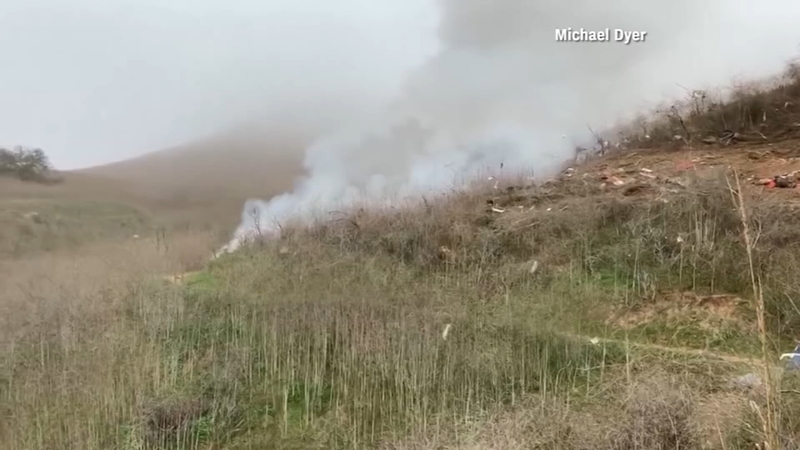 FRESNO, Calif. -- New video released shows the aftermath of the helicopter crash in California that killed Kobe Bryant, his daughter Gianna and seven others.

A preliminary report released on Friday said there is no evidence of engine failure in the helicopter crash that killed Kobe Bryant and eight others last month, but officials still do not know what caused the crash.

The National Transportation Safety Board has not released its final report but investigators believe poor weather conditions and pilot error are likely causes of the crash.

A preliminary report from the agency released Friday said there is no evidence of engine failure in the helicopter crash.

The group was flying to a girls basketball tournament at Bryant's Mamba Sports Academy. Gianna's team was coached by Bryant and was playing in the tournament.