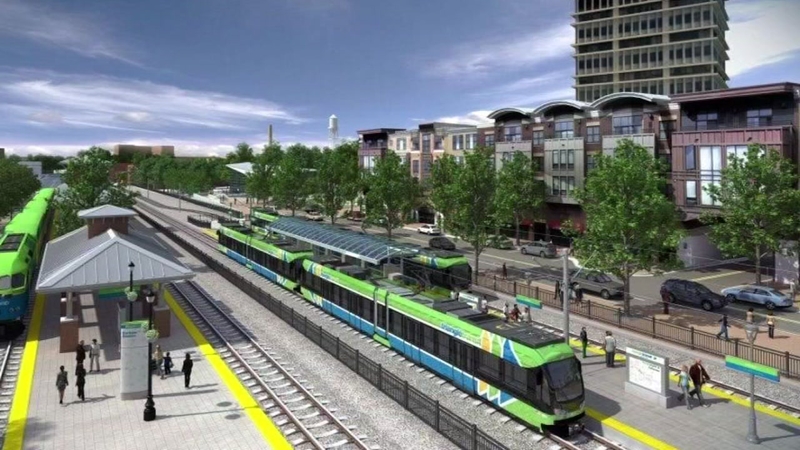 DURHAM, NC (WTVD) -- Duke University said Wednesday that it will not sign a cooperative agreement needed for the light-rail project in Durham, a "major setback," GoTriangle said.

GoTriangle said it received a letter from Duke outlining the university's position.

"For more than a decade, and more intensely over the past year, GoTriangle and local elected officials have worked closely with the university to address concerns so Duke's action today is especially disappointing," the agency said in a release. "This is a major setback for the Durham and Orange county communities and the entire Triangle region. GoTriangle will work with the elected officials in Durham and Orange counties and the Federal Transit Administration to assess all available options and decide upon a course of action."

Durham City Councilman Charlie Reece also weighed in on Duke's decision in a series of tweets.

3/ Today’s decision by Duke to refuse to sign a cooperative agreement for the light rail project is a staggering betrayal of that moral obligation.

5/ These actions are in stark contrast to Duke’s otherwise generous support of the city’s efforts in other areas, including our work to create and preserve affordable homes for low income families.

GoTriangle said it also received a letter from the state-owned North Carolina Railroad. It said it will review the letter and "assess potential impacts on the project."

In its letter, Duke University wrote in part, "Notwithstanding these many good-faith efforts, it has unfortunately not been possible to complete the extensive and detailed due diligence, by the deadlines imposed by the federal and state governments, that is required to satisfy Duke University's, legal, ethical and fiduciary responsibilities to ensure the safety of patients, the integrity of research, and continuity of our operations and activities."

READ MORE: The full letter from Duke to GoTriangle (.pdf)