Miranda already has an Emmy, a Grammy and a Tony.
ABCNews
By Stephen Iervolino via GMA 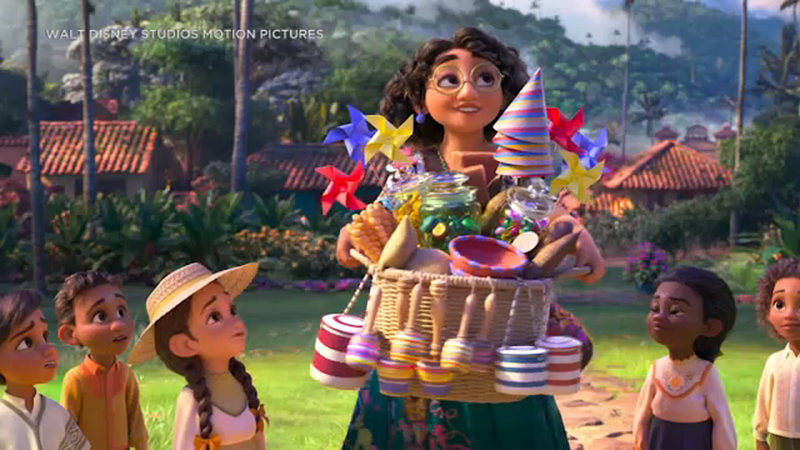 LOS ANGELES -- An Oscar nomination is a feather in anybody's cap -- but Lin-Manuel Miranda's nod for "Dos Oruguitas" from Disney's "Encanto" puts him closer to a major Hollywood feat: the coveted EGOT.

Miranda, 42, already has an Emmy, a Grammy and a Tony thanks to both the stage and small-screen productions of his landmark Broadway musical "Hamilton" and various other projects.

This is Miranda's second Academy Award nomination in the best original song category; he was previously nominated for "How Far I'll Go" from "Moana" in 2017.

Miranda reacted to his Oscar nomination by saying he was "grateful."

Five individuals have earned their EGOT with one or more of their awards being non-competitive. They include Barbra Streisand, Liza Minnelli, James Earl Jones, Harry Belafonte and Quincy Jones.

The term EGOT was first coined by former "Miami Vice" star Philip Michael Thomas, who manifested in 1984 that he'd secure all four honors within five years. Alas, he never earned any of the trophies or secured nominations for them. Thomas' failed quest for the EGOT -- and his gold EGOT necklace -- were later spoofed by Tracy Morgan's character on "30 Rock."

This might have served as something of a warning to Miranda, who once told ABC Audio, "I honestly think that the moment you start chasing an award is the moment it goes away."

So many times I happy screamed for friends this morning (@questlove! @ArianaDeBose! @paulgtazewell! more!) but I woke up all of Washington Heights for @germaine_franco & Garfield & our #TickTickBoomMovie editors @MyronKerstein and Andy Weisblum! Grateful grateful grateful! -LMM

Miranda added, "My goal is just to make things I'm passionate about, and that's the only thing that's really worth pursuing. Everything else is gravy -- fun, but gravy."