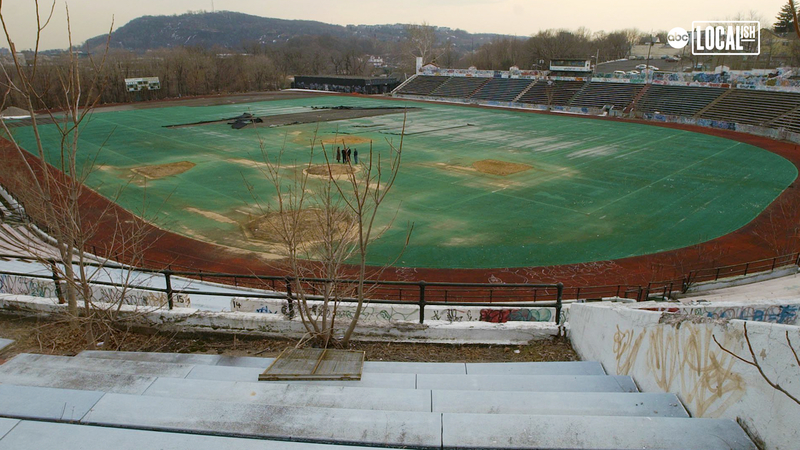 The last Negro League baseball park gets a face lift

PATERSON, New Jersey -- Inside Great Falls National Park, across the street from the eponymous great falls themselves, lies the decaying ruin of a once majestic arena with an incredible history.

Now, a new commitment from the city government paired with a $70 million cash infusion could restore Hinchliffe Stadium, one of the last remaining Negro League ballparks, to its former glory.

"In '32 it opens up, and in '33 we were the hosts of the equivalent of a Negro League World Series game," says Paterson's mayor, André Sayegh. "People like Josh Gibson and Cool Papa Bell, and of course Paterson's own Larry Doby, played here."

Larry Doby was the second black ballplayer to join Major League Baseball, a few months after Jackie Robinson. He broke the American League color line when he joined the Cleveland Indians in July of 1947, fully integrating pro baseball.

But Doby was breaking records long before then as a four-sport star at Paterson's East Side High School. Back then, when he was scoring touchdowns, hitting home runs and sprinting around the track, he was doing it at Hinchliffe Stadium.

It was also at Hinchliffe where Doby had a tryout for the Newark Eagles, the Negro League team where he first made his name.

2020 is the 100th anniversary of Negro League baseball.

"When I think of the Negro Leagues, I think of good, old fashioned, American ingenuity," says Larry Doby Jr., standing in the same spot home plate used to be when his dad tried out for the Eagles. "You won't let us play with your ball? We'll make our own league."

Now the spot where Doby Jr. stands is covered in asphalt with spiky brown grass poking through the cracks. But that's all about to change.

Paterson's legislative delegation recently fought for more than $130 million in tax credits. Mayor Sayegh has made Hinchliffe's restoration his top priority, pledging $70 million of that cash to revive the stadium.

When it's finished, Hinchliffe will have 7500 seats, a complete facelift inside and out, and will be poised to host sporting events, conventions and concerts. Due to legislative fine print attached to the tax credits, Paterson only gets the money if the project is completed within two years, so spectators can plan to visit in 2022.

The project also includes facilities for senior housing and early childhood development, as well as a tribute to Hinchliffe Stadium's rich history.

"An exhibit that'll pay tribute to the Negro Leagues and Larry Doby," says Mayor Sayegh. "So this is a comprehensive project."

"If they could restore it to its former glory, kids could play here," says Doby Jr. "They would realize what went on here and the historic value it has."
Report a correction or typo
Related topics:
patersonbaseballin our backyardall goodafrican americanssportslocalishoriginals
More Videos
From CNN Newsource affiliates
TOP STORIES