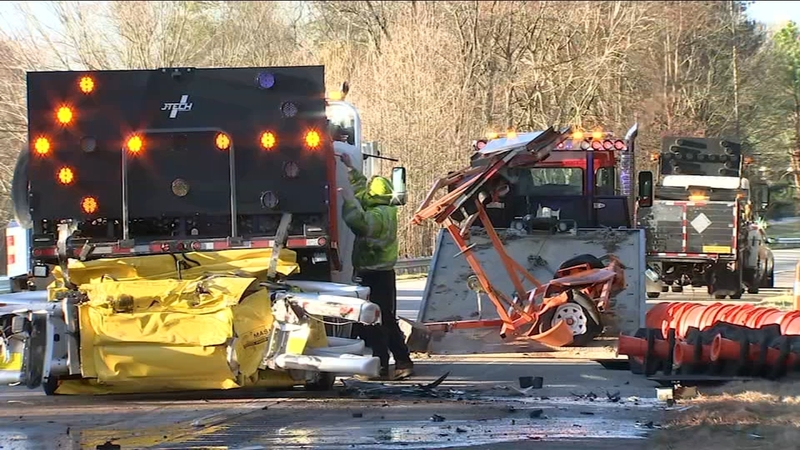 IREDELL COUNTY, N.C. (WTVD) -- A Cary man is being blamed for a crash in Iredell County that killed three construction workers.

The crash happened Thursday morning around 3:30 on Interstate 40.

NC State Highway Patrol said Logan Lee Casey, 27, was driving a box truck westbound when he crashed into the back of a parked vehicle in a construction zone.

The force of the crash sent the construction truck into three workers from Georgia who were hired to fix the guardrail. All three workers died in the crash. They were identified as Noah Hamilton, 20, Austin Milton, 21, and Dustin Gelinas, 20.

Casey was not seriously injured. Troopers said alcohol was not a factor in the crash.