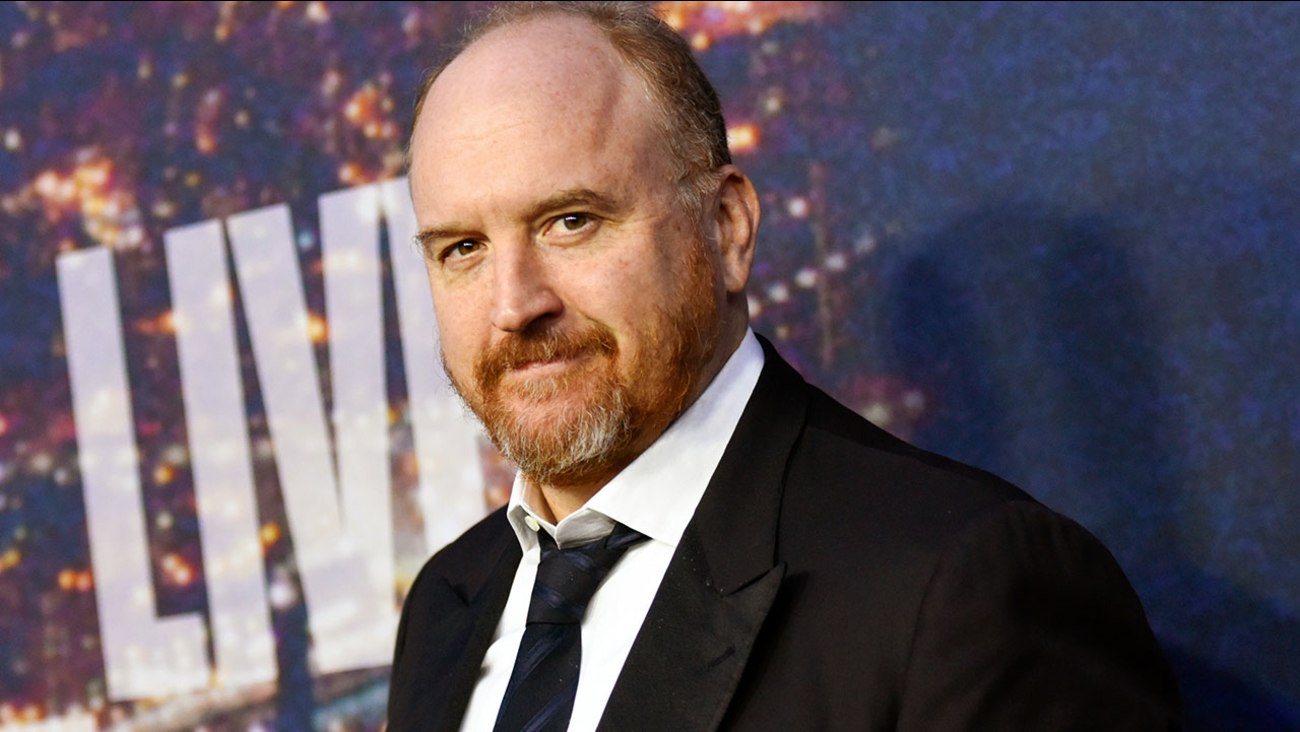 LOS ANGELES -- Comedian Louis C.K. admitted in a statement that the sexual misconduct allegations against him that were published in a New York Times article are true.

Read his full statement below:

I want to address the stories told to the New York Times by five women named Abby, Rebecca, Dana, Julia who felt able to name themselves and one who did not.

These stories are true. At the time, I said to myself that what I did was okay because I never showed a woman my dick without asking first, which is also true. But what I learned later in life, too late, is that when you have power over another person, asking them to look at your dick isn't a question. It's a predicament for them. The power I had over these women is that they admired me. And I wielded that power irresponsibly.

I have been remorseful of my actions. And I've tried to learn from them. And run from them. Now I'm aware of the extent of the impact of my actions. I learned yesterday the extent to which I left these women who admired me feeling badly about themselves and cautious around other men who would never have put them in that position.
I also took advantage of the fact that I was widely admired in my and their community, which disabled them from sharing their story and brought hardship to them when they tried because people who look up to me didn't want to hear it. I didn't think that I was doing any of that because my position allowed me not to think about it.
There is nothing about this that I forgive myself for. And I have to reconcile it with who I am. Which is nothing compared to the task I left them with.

I wish I had reacted to their admiration of me by being a good example to them as a man and given them some guidance as a comedian, including because I admired their work.
The hardest regret to live with is what you've done to hurt someone else. And I can hardly wrap my head around the scope of hurt I brought on them. I'd be remiss to exclude the hurt that I've brought on people who I work with and have worked with who's professional and personal lives have been impacted by all of this, including projects currently in production: the cast and crew of Better Things, Baskets, The Cops, One Mississippi, and I Love You Daddy. I deeply regret that this has brought negative attention to my manager Dave Becky who only tried to mediate a situation that I caused. I've brought anguish and hardship to the people at FX who have given me so much The Orchard who took a chance on my movie. and every other entity that has bet on me through the years.
I've brought pain to my family, my friends, my children and their mother.

I have spent my long and lucky career talking and saying anything I want. I will now step back and take a long time to listen.

Thank you for reading.

------------------------------------------
ABC11 has decided to slowly reduce the number of stories on the website that have a comments section. We believe very strongly that our audience should have an opportunity to discuss and debate events in our world, however, we have not been able to moderate the comments as well as we would like. Instead of hosting a platform that could allow a few loud and ugly voices to dominate a conversation, we want to encourage everyone to join us on our social media platforms and speak out there. Facebook: facebook.com/ABC11 Twitter: twitter.com/ABC11_WTVD
Report a correction or typo
Related topics:
arts & entertainmentcelebritymisconductlouis c.k.sexual harassment
Copyright © 2022 KABC Television, LLC. All rights reserved.
TOP STORIES
Death toll rises to 21, mostly children, in TX school shooting
Triangle activists, law enforcement react to deadly Texas shooting
Southern Baptist Convention to release list of clergy sex abusers
Uvalde school shooting: What we know about 19 kids, teacher killed
Plans revealed for new development where circular Raleigh hotel stands
A look at some of the deadliest US school shootings
Entrepreneurial Fayetteville sisters honored with Key to the City
Show More
Camp Lejeune warns people of explosives-filled beach area
Canes fall 4-1 in New York; series tied at 2
Johnston Co. dad starts Facebook group to help families find formula
Biden says 'we have to act' after Texas school shooting
1 dead, brother still missing in Cape Fear River
More TOP STORIES News