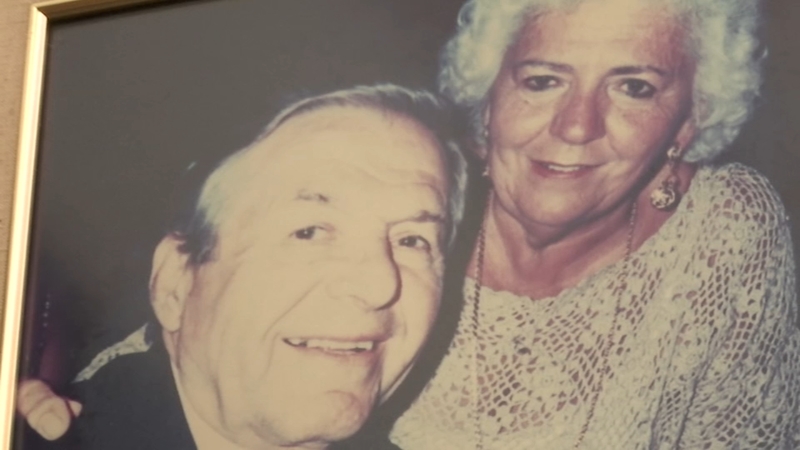 FAYETTEVILLE, N.C. (WTVD) -- Tuesday will mark 26 years since a Fort Bragg soldier opened fire in a Fayetteville restaurant, killing four and injuring six others, including the owners.

In light of the two mass shootings over the weekend, Nicholas Parrous said it brings back some raw emotions of when he lost his parents: Peter and Ethel Parrous.

"I can remember pulling into that parking lot like it was 10 minutes ago," Parrous said.

The soldier, 22-year-old Sgt. Kenneth French, went into Luigi's on Friday night, Aug. 6, 1993, armed with guns and shouting about President Clinton and homosexuals in the military. French then proceeded to shoot people at random.

Parrous said one of his three sisters was also shot on that fateful day but thankfully was able to recover.

"That was it," said Parrous. You know, right there at that moment, life changes."

Parrous describes his parents as hardworking immigrants from Greece that showed him and his siblings the meaning of grit.

During their life, the couple opened several restaurants in the Fayetteville area before settling on Luigi's second location in 1982.

"Been in the community for so many years and created so many different things and people knew him," said Parrous.

With nearly 26 years of healing, Parrous said he looks back at all the good times, even recalling some inside jokes.

"The guy couldn't drive. It was just like one of those funny things. You know, you just always used to talk about getting car sick because when he would drive, he would, for some reason, shake his hands."

Now, Peter and Ethel's legacy lives on in the family-run Italian restaurant that Parrous said continues to grow and expand.

The hardship and loss have also taught Parrous and his family the importance of being the best person possible.