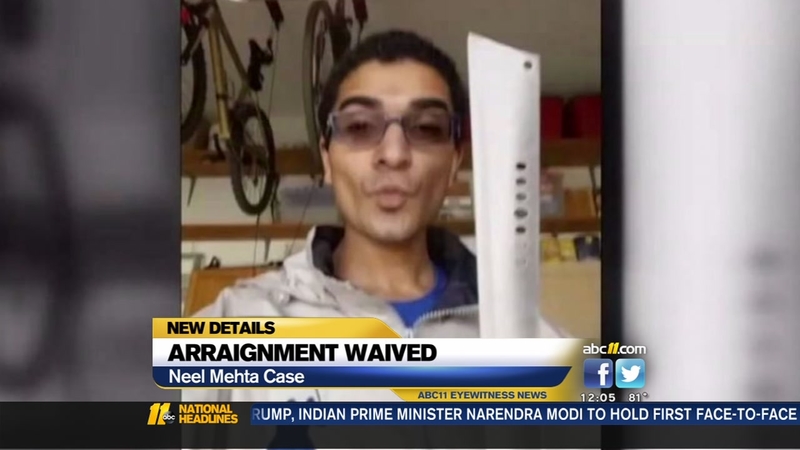 Arraignment waived from man who assaulted Apex teen with a machete

APEX (WTVD) -- Arraignment was waived for Neel Mehta, the man charged with attempted murder on accusations of attacking an Apex teenager with a machete.

Mehta is accused of attacking Priyanka Kumari with a machete as she walked home from the school bus in January.

Her father, Pankaj Kumar, said Mehta was stalking his daughter, who graduated from Holly Springs High School in June.

READ MORE: Student attacked by machete graduates from high school, refuses to be a victim