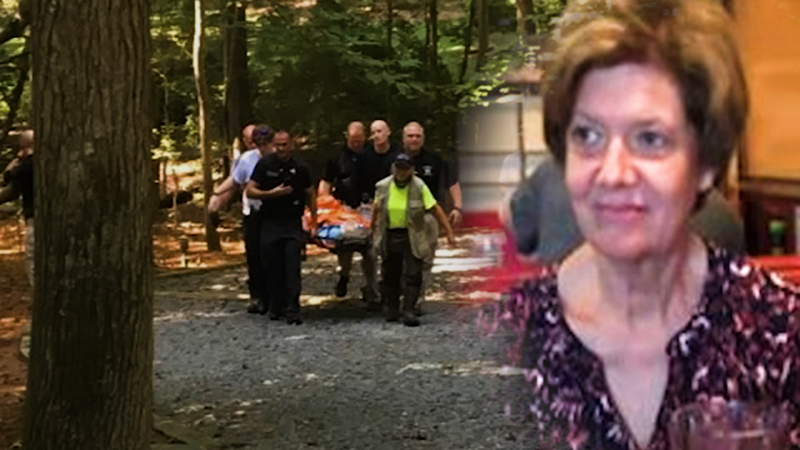 Orange County officials said Maryanne Rosenman was found in a drainage ditch in a heavily wooded area near her home. She was taken to the hospital where she is expected to recover.

She wandered away from her home on Stoneridge Drive in Chapel Hill on Wednesday, August 14.

The 75-year-old Orange County woman with dementia who went missing Wednesday has been found alive.

Crews searched for 53 hours, covering more than 1,500 acres. Officials said they only briefly paused the search for severe weather, but those pauses added up to less than one hour of time. Ultimately she was located Friday morning about a half-mile from her home.

The 75-year-old Orange County woman with dementia who went missing Wednesday has been found alive and in reasonably good condition.

"This family has been through a lot," said Orange County Sheriff Charles Blackwood. "These people have been through it the last three days. It's been tough on them."

He said she was alert and communicative when he saw her.

More than 30 agencies and 300 people participated in the search for Rosenman.

The area where she was ultimately found had previously been searched twice. Crews said they went back a third time to do a more methodical search since the area is obscured by thick foliage.

Investigators Hendricks with the Orange County Sheriff's Office was one of the people who found Rosenman.

"Just happened to be in the right place at the right time," Hendricks said. "I was excited to find her and thankful that she was still alive and talking."

Rosenman's husband texted one of the search leaders from the hospital, thanking the teams for their hard work. The search leader who received the text shared part of it during Friday's news conference.

"Please let everyone know how tremendously grateful we are for your unending professional help...it seems like every decision you made was the right one. It's hard to imagine any team doing a better job than what you did."

Dr. Dan Kaufer, director of UNC's Memory Disorders Program, said it is important to look for past signs to predict future behavior.

For example, if someone has wandered before, it's important to be hyperaware of their movements.

An expert at UNC gives advice to help safeguard loved ones with memory disorders.

"Safety is something that is really paramount when dealing with a patient with dementia and the more dementia, typically the more safety risks they pose," Kaufer said. "If you have an inkling that somebody gets up and goes to the bathroom and doesn't come back to bed right away and they may be wandering around aimlessly, that might be a tip-off that someone is at risk for wandering outside the home as well."

Kaufer suggested getting a medical or ID electronic bracelet that's associated with Safe Return Program; first responders can track someone from the bracelet if they wander off, and they know everything about the person when they find them,