"You take for granted the dining experience and that it's a luxury and not a right," James said. "When we bring our kids out, and they're asking us if they can bring out the glassware and use the napkins --having that conversation with them is unreal."

James, a former NFL player for the Panthers and the Saints, and now a real estate broker, is sharing the meaning of a meal to students through his ABC Food Tours.

A majority of the youngster he helps are homeless or living in a single-parent home.

He is taking these kids to restaurants in Alphabet City in New York teaching them about the dining experience, completely free of charge and helping them realize their futures lie in their own hands and they can be successful despite where they come from.

"Not thinking of your limitations," James said. "But, thinking about what these students were missing out on and having that be the drive opposed to any backlash or any subjections you're going to get along the way."

James is an action taker, his mother said.

"Matt is just do it -- before he considers the difficulties and obstacles he just goes in and does it," said his mom, Patty James. "I've just seen him overcome obstacle and hurdle after hurdle, just never giving up."

Never giving up -- despite not having a male role model at home as a child.

"He was always drawn to families where the mom and dad were together," his mother said. "I am so proud of him. He overcame everything and he wants to be a role model for these kids."

James' own adversities help him better understand the burdens facing the youngsters he works with in New York.

"Everyone who's invested in me I feel like it's my duty to pay it forward to everyone else who I come in contact with and give them the same opportunities and experiences," James said. "It gives you confidence and it changes the way that you think about yourself and you think about the world."

James credits his mom with fostering his culinary curiosity. When he was a growing boy and budding athlete, his mom always had a home-cooked meal ready when he finished practice.

"He brings people in and he is also listening; he doesn't just try to do it his way," Patty James said. "He's open to constructive criticism, he's teachable, he's coachable, and I think all these things helped him when he started doing this. He doesn't do it alone."

James has a lot of help from his college teammates -- including "Bachelorette" contestant Tyler Cameron, who is using his new-found fame to showcase ABC Food Tours.

"I just think this is the beginning of him just seeing what he can do and the impact he can make," Patty James said. "I'm excited to see where it goes."

Matt is hoping to expand the tours to Raleigh and eventually worldwide. If you're interested in sponsoring a child's tour, you can do so here. 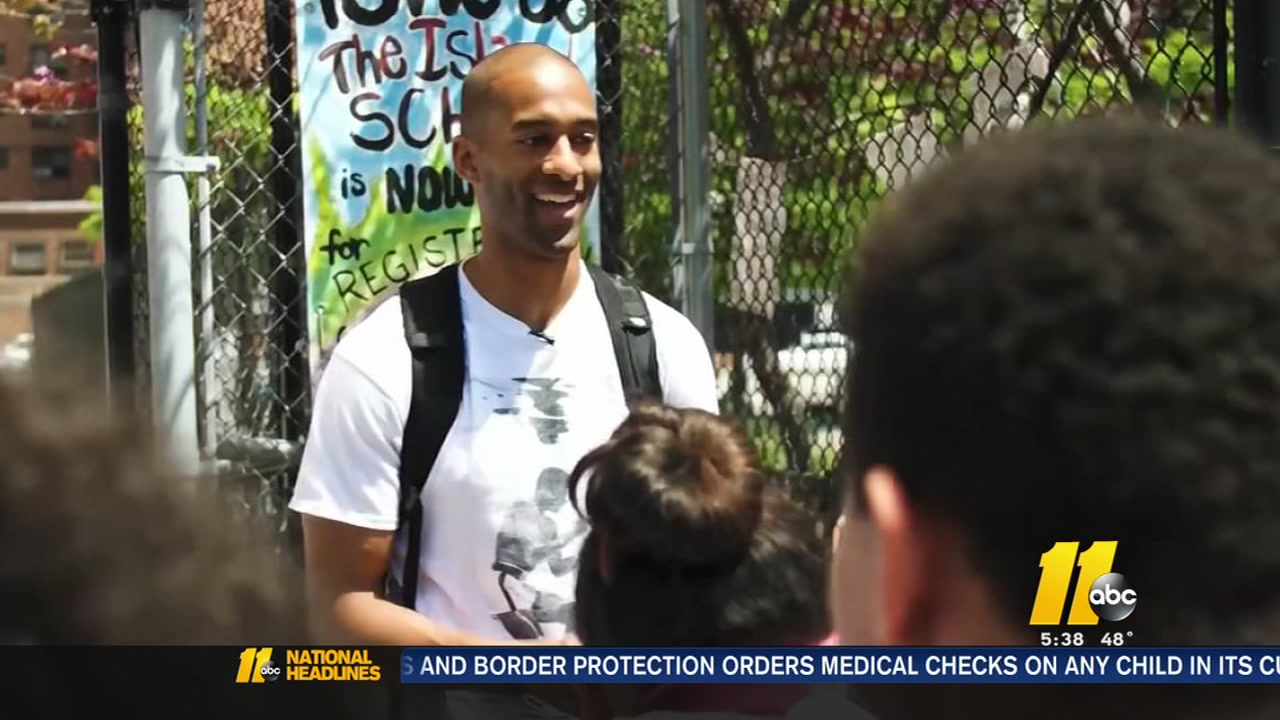