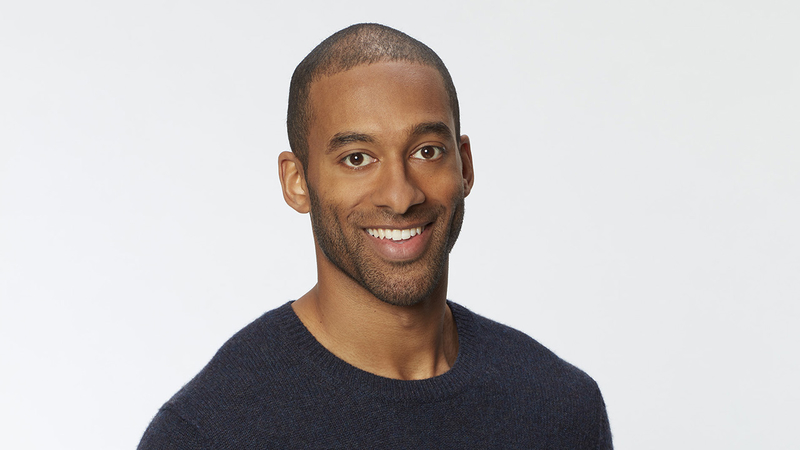 'The Bachelor' names Matt James as its 1st black bachelor

RALEIGH (WTVD) -- For the first time since "Bachelor" began nearly two decades ago, the star of the show will be a black man.

"This is hopefully the first of many black men to be in the position I am right now," Matt James said.

James, 28, was announced Friday morning on Good Morning America as "The Bachelor" for season 25.

James is from Raleigh, North Carolina. He graduated from Sanderson High School before playing football for Wake Forest University in Winston-Salem.

He is friends, roommates and business partners with former Wake Forest teammate Tyler Cameron, who finished runner up on Hannah Brown's season.

You can see some of his fun with Tyler and Hannah as part of @thequarantinecrew on TikTok.

Diversity has been a major knock against "Bachelor" as there has only been one person of color to lead either versions of the show: Rachel Lindsay.

"I was hoping when I came on to be a trailblazer for that and to increase diversity in the audience that watches it, but in the last three years, there haven't been any changes made," Lindsay told GMA on Friday.

James was scheduled to be a contestant on the upcoming season of "The Bachelorette." That season hit some production snags due to the COVID-19 pandemic.

It is now expected to air sometime in the fall, with James' season of "The Bachelor" airing in early 2021.

James is active with charity in his community and founded ABC Food Tours, an organization that is designed to find creative ways to engage kids from underserved communities in New York City, encouraging physical and mental wellness, while also giving them opportunities for new experiences throughout the city.

When asked about the qualities he values and hopes to see in his future wife, he said she should be selfless, honest, caring and compassionate.

"Those are qualities that are found in women all shape size and races, and its not a black or white thing. So I'm hoping when that limo pulls up there's a lot of diversity, and I see every type of woman coming out that limo," James said.
Report a correction or typo
Related topics:
arts & entertainmentraleighentertainmentbachelorcollege football
Copyright © 2022 WTVD-TV. All Rights Reserved.
TOP STORIES
Monthly tax credits end, force some NC families to make cuts
LATEST: Is it worth waiting in long line to get COVID-19 test?
Omicron surge hasn't peaked nationwide: US surgeon general
Icy roads a morning threat as temperatures dip into the 20s overnight
Triangle Restaurant Week returns to highlight local small businesses
Deputies investigate shooting at Harnett County home
Jewish community strives to 'stay strong' after Texas synagogue terror
Show More
Dozens of RDU flights canceled through Monday evening
Free virtual class on Martin Luther King, Jr. may surprise you
Already delayed, North Carolina primary could be moved to June
Woman killed after being pushed in front of NYC subway train
Man arrested, charged with Christmas Day murder in Edgecombe County
More TOP STORIES News