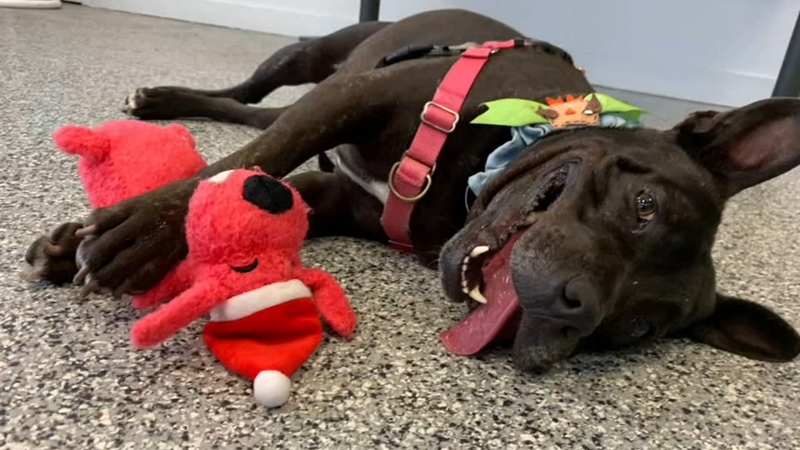 Pit bull gets new home after 667 days in the shelter

The shelter said Melvin's coat color and breed are likely why he was overlooked for so long.

But when Trish and John Maguire met Melvin -- it was a perfect match.

That's because Melvin, who is about 4 years old, is a dead ringer for the couple's first pit mix, one they rescued 20 years ago.

The Maguires decided to give Melvin a new name when he moved into his new home. He now goes by Loki, which is fitting: in the Marvel universe, Loki is the Asgardian god of mischief, and the family said they've caught fun-loving Loki getting ready to jump into their pool on more than one occasion.

Melvin was originally classified as a lost dog by Long Beach Animal Care Services and had been the longest-term resident at the spcaLA's shelters.