'It could save someone's life:' Moms rally in Raleigh for gun reform 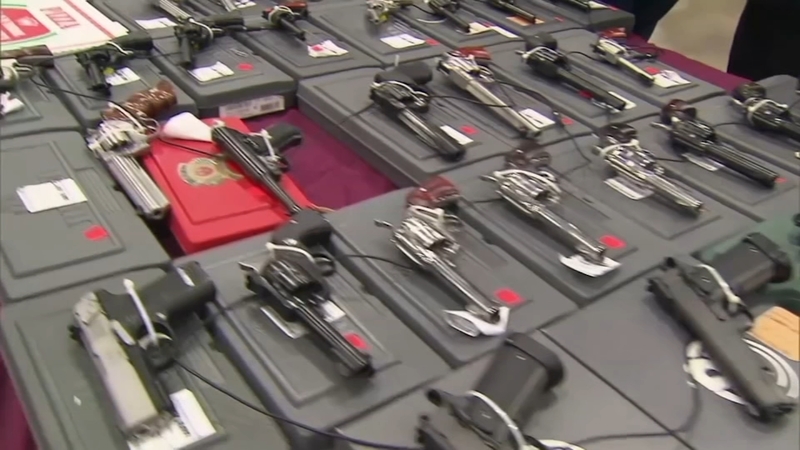 RALEIGH, N.C. (WTVD) -- A group of activists were in Washington D.C. a few weeks ago, for a conference on gun safety, when the horrifying shootings in El Paso, Texas, and Dayton, Ohio, took place.

Volunteers are now taking the cause on the road in North Carolina and trying to bring change.

"We must proceed to fix what the founders of our country broke," said NAACP Raleigh-Apex President Gerald Givens.

There was a rally held Saturday at Pullen Memorial Baptist Church.

The organization Moms Demand Action is demanding that lawmakers pass legislation to requiring background checks on all gun sales.

They also want a strong federal Red Flag law, which would allow police or family members to temporarily remove a weapon from some who may be deemed a danger to the public.

"By the end of this year, almost 40,000 Americans will have died from a gunshot wound," said Givens. "Still millions of Americans will experience what I feel ... the suffering."

Alicia Campbell said her son was killed while away for college.

"None of us would ever be the same," she said.

Campbell is hoping to spare other parents from the pain of gun violence.

"People that have issues should not be able to access a gun. It could save someone's life," she said.