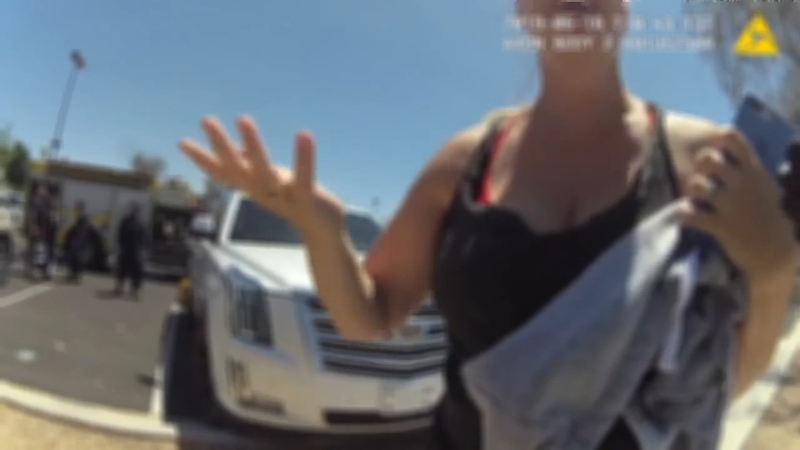 PHOENIX, Arizona -- A mother is charged with child abuse after police say she left her baby in the car while she went shopping in Target.

In new video released from police, Stacey Holly is seen going into the store with her 6-year-old, but leaving her 5-month-old baby inside the car.

Holly said that she forgot the baby in the car, and immediately called 911 when she realized her baby had been locked inside of the car for more than one hour.

Police say when they reached the little girl she was cold from sweating so much, but was breathing. She is expected to be OK.