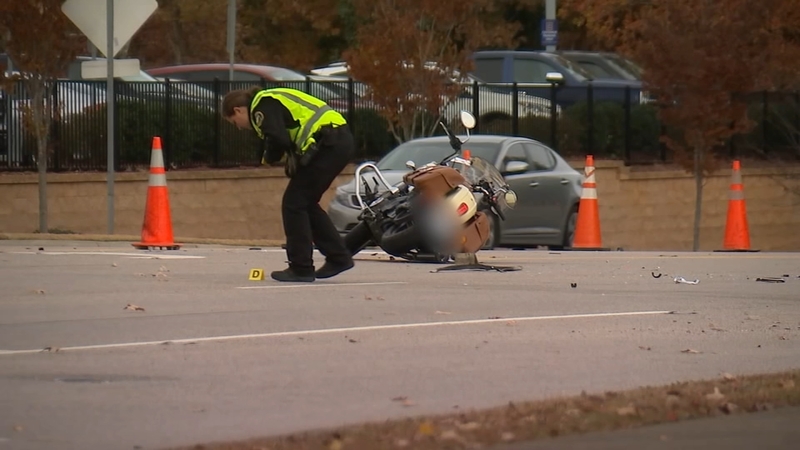 GARNER, N.C. (WTVD) -- A motorcyclist was killed in a two-vehicle crash near a busy Garner shopping center on Tuesday afternoon.

It happened a little before noon at the entrance to the Lowe's Foods, Garner Police said.

According to police, a 2005 Lincoln headed west on Timber Drive turned left into the path of the motorcycle to enter the parking lot.

The accident on Timber Drive at the entrance to The Shops at Timber Landing has resulted in the death of a motorcyclist. Garner Police crash investigators are investigating the accident. No charges have been filed at this point. pic.twitter.com/2r1gjvmVSa

The motorcyclist, Robert Joseph Chiappetta, of Garner, died at the hospital.

The driver and passenger of the Lincoln were not injured.