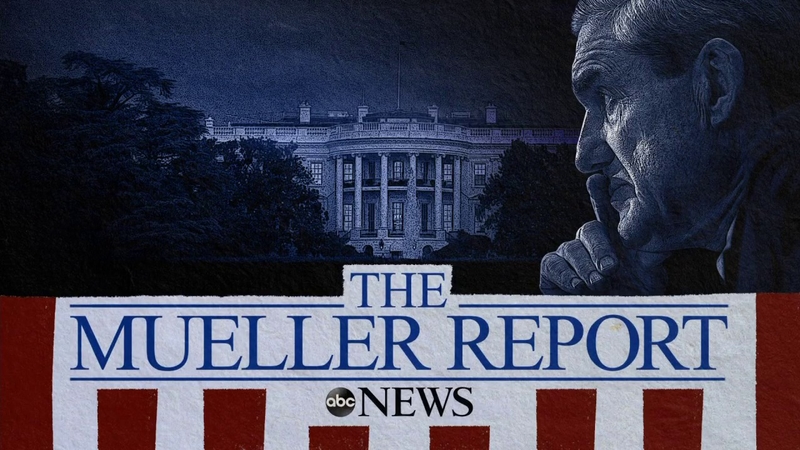 What's next after the Mueller report?

WASHINGTON -- Special counsel Robert Mueller has turned in his report into potential meddling in the 2016 presidential election. But anyone looking for a grand narrative on President Donald Trump, Russian election interference and all the juicy details uncovered over the past 22 months could end up disappointed.

Attorney General William Barr, who oversees the investigation, has said he wants to release as much information as he can about the inquiry into possible coordination between Trump associates and Russia's efforts to sway the 2016 election. But during his confirmation hearing last month, Barr said he ultimately will decide what the public sees, and that any report will be in his words, not Mueller's.

WHAT HAPPENS WHEN THE INVESTIGATION ENDS?

Mueller will have to turn in a report of some kind when he's done. It could be pretty bare-bones.

Justice Department regulations require only that Mueller give the attorney general a confidential report that explains the decisions to pursue or decline prosecutions. That could be as simple as a bullet point list or as fulsome as a report running hundreds of pages.

Mueller has given no guidance on what or when it will be, but signs a conclusion is coming soon have mounted in recent months.

Matthew Whitaker, who was acting attorney general before Barr was confirmed, said in January that the investigation is nearly done. Deputy Attorney General Rod Rosenstein, who appointed Mueller, has been preparing to leave his post soon. The number of prosecutors working for Mueller has dwindled, and his team, which had sought an interview with the president, has not had meaningful dialogue with Trump's lawyers in months.

WHAT DOES BARR SAY HE'LL DO?

Barr said he envisions two reports and only one for congressional and public consumption.

Barr has said he takes seriously the "shall be confidential" part of the regulations governing Mueller's report. He has noted that department protocol says internal memos explaining charging decisions should not be released.

During his confirmation hearing, Barr said he will draft, after Mueller turns in his report, a second one for the chairman and ranking members of the House and Senate Judiciary committees. But here again, the regulations provide little guidance for what such a report would say.

The attorney general is required only to say the investigation has concluded and describe or explain any times when he or Rosenstein decided an action Mueller proposed "was so inappropriate or unwarranted" that it should not be pursued.

Barr indicated that he expects to use his report to share the results of Mueller's investigation with the public, which the regulations allow him to do. But he hedged on specifics and said his plans could change after speaking with Mueller and Rosenstein.

WHAT WILL TRUMP DO?

Trump's lawyer, Rudy Giuliani, has said the president's legal team wants to review any report before it's released. Giuliani also raised the prospect that Trump lawyers could try to invoke executive privilege to prevent the disclosure of any confidential conversation the president has had with his aides.

It's not clear whether the president's lawyers will get an advance look at Mueller's conclusions. Mueller, after all, reports to the Justice Department, not the White House.

Barr himself seemed to dismiss that idea. When Sen. Patrick Leahy, D-Vt., asked Barr whether Trump and his lawyers would be able to correct the report before its release and put their own spin on it, Barr replied: "That will not happen."

WILL THERE BE A FINAL NEWS CONFERENCE?

It seems unlikely, especially if prosecutors plan to discuss people they never charged.

Then-FBI Director James Comey broke from Justice Department protocol in extraordinary fashion with his July 2016 news conference announcing the FBI would not recommend criminal charges against Democratic presidential candidate Hillary Clinton for her use of a private email server. Barr has made clear his disapproval of Comey's public move.

"If you're not going to indict someone, you don't stand up there and unload negative information about the person," Barr said.

There have been times when the department has elaborated on decisions not to pursue criminal charges. Also, there is some precedent for special counsels appointed by the Justice Department to hold news conferences.

Patrick Fitzgerald, the special counsel who investigated the outing of CIA officer Valerie Plame and who was granted even broader authority than Mueller, held a 2005 news conference when he charged I. Lewis "Scooter" Libby, former chief of staff to Vice President Dick Cheney. But even then, Fitzgerald drew a clear line.

"One of the obligations of the prosecutors and the grand juries is to keep the information obtained in the investigation secret, not to share it with the public," Fitzgerald said then. "And as frustrating as that may be for the public, that is important because, the way our system of justice works, if information is gathered about people and they're not charged with a crime, we don't hold up that information for the public to look at. We either charge them with a crime or we don't."

CAN CONGRESS SUBPOENA MUELLER AND HIS REPORT?

Sure. Powerful Democratic committee chairmen have said as much.

House Judiciary Chairman Rep. Jerrold Nadler of New York has raised the prospect of subpoenaing the report and calling Mueller before Congress to ask him about his findings. So has Rep. Adam Schiff, D-Calif., the chairman of the House Intelligence Committee.

Democrats also want all of Mueller's underlying evidence, including interview transcripts and documents.

Schiff says he's watching Barr's moves carefully to see if he were "to try to bury any part of this report." He says anything less than complete disclosure would leave Barr with "a tarnished legacy."

Many Republicans have also argued that the full report should be released. And the House voted 420-0 this month for a resolution calling for any final report to be made public. Still, many allies of the president have stopped short of saying it should be subpoenaed.

Trump, as the leader of the executive branch, could direct the Justice Department to defy the subpoena, setting the stage for a court fight that would almost certainly go to the Supreme Court.

WILL TRUMP BE ABLE TO SEE THE REPORT?

It is unclear whether Trump will ask to see the report and under what circumstances he or his attorneys might be able to view it, especially because the document is meant to be confidential for Justice Department leadership.

Barr said at his confirmation hearing that he would not permit White House interference in the investigation. But he also has voiced an expansive view of executive power in which the president functions as the country's chief law enforcement officer and has wide latitude in giving directives to the FBI and Justice Department.