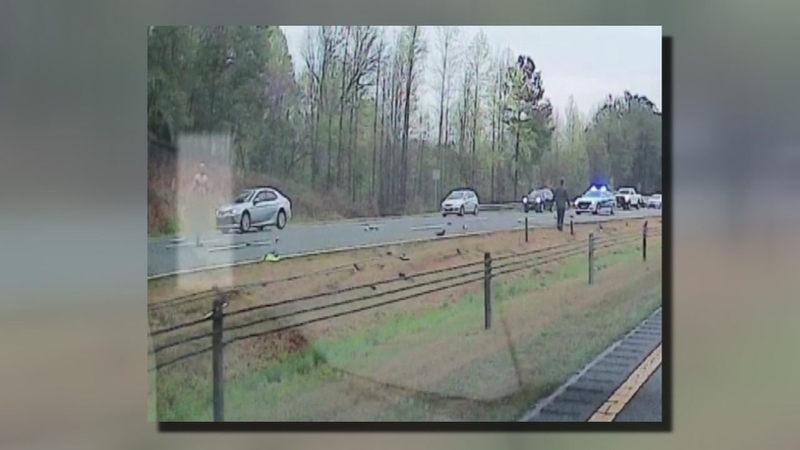 Man charged after walking naked, assaulting deputy on US 1

CARY, N.C. (WTVD) -- A naked man who was involved in a vehicle crash on US1 near Tryon Road in Cary was arrested after he struck a deputy, the Wake County Sheriff's Office said Friday evening.

Around 6:30 p.m. Wake County Deputy J. Rattelade responded to a report of a crash when she encountered the man, who was naked on the highway.

When the deputy tried to arrest him, the man hit the deputy in the head. Rattelade used pepper spray on the man and subdued him with help from members of Cary's Fire Department Engine 3.

The man was identified as 36-year-old Derwood Johnson, of Fort Worth, Texas.

Johnson is charged with assault on a government official.

Witnesses told officials that Johnson was driving one of the vehicles involved in the crash.

After the crash, Johnson got out of his car and started taking off his clothes began and walking across the street, witnesses told authorities.

Johnson was taken to WakeMed Cary Hospital for further evaluation.