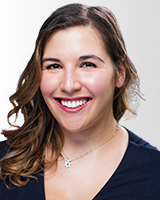 The models show we are doing better than previously predicted, but if the state does not reopen slowly, we could see a quick spike in number of cases and overwhelm our hospitals.

RALEIGH, N.C. (WTVD) -- New models from a team of epidemiologists and data scientists show that North Carolina has flattened the curve of the novel coronavirus better than previously expected.

In a report from the Sheps Center at the University of North Carolina at Chapel Hill, researchers said the doubling rate of COVID-19, or the amount of time it takes for cases to double, has increased from 2-4 days in mid-March to 7-8 days in early April and 13-14 days by April 22. However, the researchers did point out that some counties are seeing a higher rate of infection because of outbreaks in nursing homes, prisons and food processing plants.

"Viral spread has slowed in North Carolina, and this is good news. A reduction was anticipated with increased implementation of effective physical distancing. Yet, the magnitude of the reduction appears even more pronounced than anticipated in early April," the researchers wrote.

In a report released April 6, the researchers showed that if North Carolina were to reopen completely on April 30, the number of cases would likely reach up to 750,000 by June 1. The models also predicted a 50 percent chance the state's hospitals would be overwhelmed. However, if North Carolina were to take a phased approach to reopening, the state may only see up to 250,000 cases, including unreported cases.

The researchers said the current trends show the situation in North Carolina is better than previously predicted, with approximately 9,948 laboratory-confirmed cases reported as of April 29.

However, the researchers also said the increased number of cases reported every day and the increase of COVID-19-related deaths is bad news for the state and a sign that the disease is still spreading in North Carolina.

"As we have not yet achieved sustained decreases in reported cases or deaths, we must remain vigilant and continue containment efforts," the researchers wrote.

For their modeling efforts this time around, the researchers focused on the rate of transmission of COVID-19 in North Carolina. Using an estimate that every person who has COVID-19 could infect 10 more people, they modeled three different scenarios varying the rate of contact and the time it takes to spread the disease.

As the state continues forward with its phased reopening, more people will come into contact with one another, increasing the rate of transmission. That's why, the researchers said, they modeled several different possibilities.

The researchers also looked at the state's current hospital capacity and estimated that 2.2 percent of all cases would need to be hospitalized, with 30 percent of those patients needing ICU care.

In the first scenario, which imitates a low amount of viral spread consistent with the majority of North Carolinians continuing to social distance, the researchers estimated between 75,000 and 150,000 COVID-19 infections by the end of May, including both reported and unreported cases. In this scenario, North Carolina hospitals are not likely to become overwhelmed by May 31, nor will the number of severely ill patients exceed the number of available ICU beds in the sate.

The second scenario imitates a moderate amount of viral spread. Under these projections, North Carolina could see 330,000 infections by the end of May, with a range of 185,000 to 596,000. In this case, while the hospitals might not become overwhelmed, there is a strong possibility the state could reach or exceed its capacity of available ICU beds.

While the researchers caveated that the third scenario is unlikely because of the slowed spread of the virus in the state, under a "high transmission" model, 720,000 more people could become infected than in the moderate model, potentially leading to more than a million cases in the state by May 31. In this scenario, hospitals and ICUs would quickly become overwhelmed during the month of May.

Though the researchers couldn't say which of the three scenarios was the most likely to occur, they did support the planned phased reopening of the state, which they said could lead to a less dramatic increase in transmission.

"The researchers' model shows that a phased approach to ease restrictions will help us avoid any worst-case scenarios when it comes to the capacity of our healthcare systems, Cohen said. "They do warn that complacency could change that and that we need to be sure to keep up the actions that will slow the spread of the virus as we continue to loosen restrictions."

Though the researchers were optimistic about the current spread of illness in North Carolina, they warned that residents should continue to social distance and take precautions against spreading the virus.