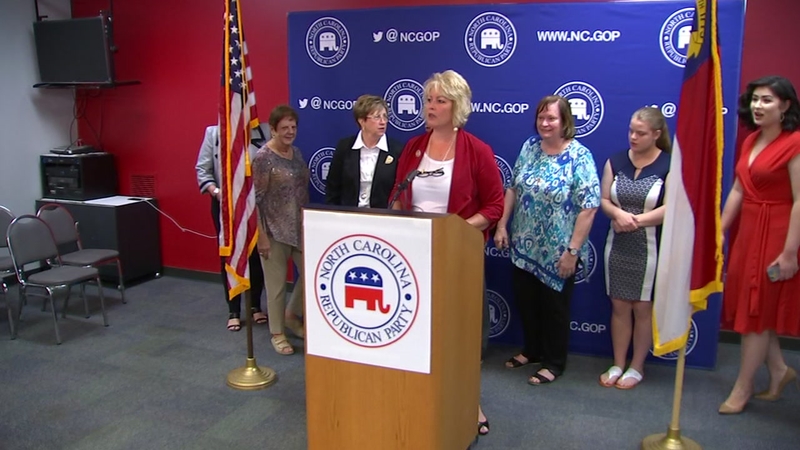 "While we are glad that the grotesque human smear campaign failed to block a fundamentally decent man with impeccable legal credentials from advancing to the Supreme Court, there are no winners here. No Justice Kavanaugh, not Dr. Blasey Ford, not the rule of law, and certainly not our country. Our country has been greatly harmed by Hail Mary smear campaigns," said Michele Nix, the Vice Chair NCGOP.

There were widespread rallies and protests leading up to Saturday's vote, where Kavanaugh was confirmed 50-48-1. Following the vote, dozens of people gathered in front of the Legislative Building in downtown Raleigh to show their support for sexual assault survivors and abortion access.

Nix put the blame on the left and their "Communist Marxist Allies" for the divide in this country.

"The Democrat party has become the party against freedom and liberty. The party of emotion over reason, and the party of violence over civil debate," said Nix.

She also voiced the party's support for sexual assault victims, noting strengthened laws focusing on rape and human trafficking passed by the State Legislature.
"All 2018 campaigns now have new meaning. We do not look at this as a political opportunity. We look at this as an American responsibility," said Nix.

However, Democrats in the state were upset by the vote. Congressman G.K. Butterfield released a statement, writing in part:

"The confirmation of Brett Kavanaugh is the disturbing culmination of a GOP majority so hell-bent on advancing their agenda that they rammed through a nominee amid disturbing allegations that have yet to be fully investigated and serious questions about his judicial temperament."