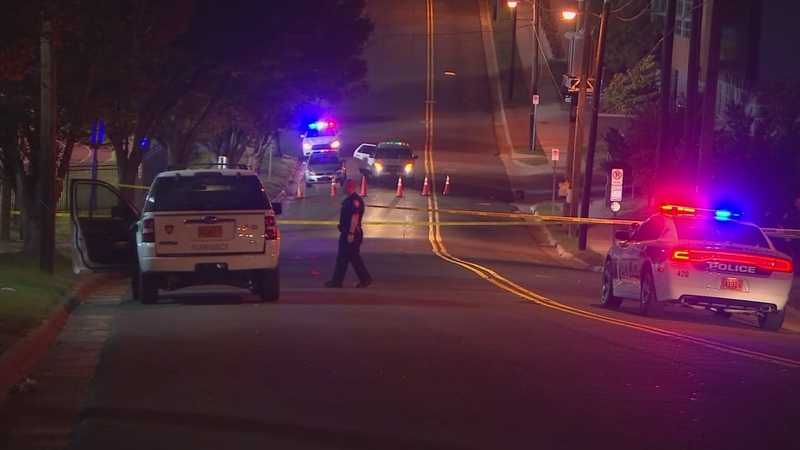 Durham police were called to the scene to assist campus police near the school's football stadium, off of Lawson Street, near Alston Avenue.

NCCU put the campus on lockdown - urging all students to seek shelter and lock their doors as long as it was safe to do so.

University officials said a 19-year-old sophomore was treated for non-life threatening injuries and released from the hospital earlier Monday morning.

A bullet hole in a dorm window at NCCU, where student shot overnight's expected to recover. Shooter still at large. pic.twitter.com/S7f73RwDAu

According to NCCU, the incident stemmed from an argument and appeared to be isolated and not random.

Just before midnight, the school said the situation was "all clear" and the campus lockdown was lifted.

#NCCUEagleAlert: All clear. The campus lockdown has been lockdown lifted. Normal activities can resume.

Further details surrounding the incident, including information about the alleged shooter, have not been released.

Anyone with information regarding the incident should contact the NCCU Police Department at (919) 530-6106.

The incident comes as the university kicked off its week-long Homecoming celebration Sunday.