NJ police officer caught on video pinning teen, punching him in the head during arrest 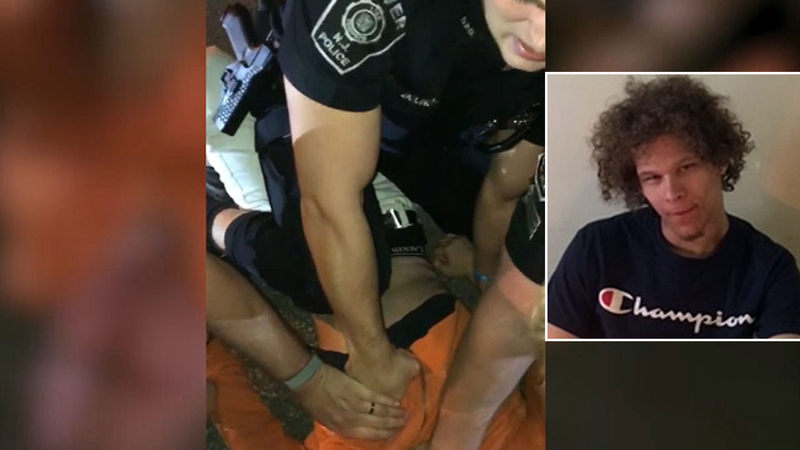 A police officer in New Jersey was caught on video pinning a teenager to the ground.

Video shows police pinning 19-year-old Cyprian Luke to the ground before repeatedly punching him in the face as he is restrained. Another officer is seen putting his hand around Luke's throat.

Luke is now in custody and in a lot of pain. His family and friends said they are furious with how police arrested him, and are claiming police brutality.

Officers are heard ordering the teen to turn over, while another officer was on top of the suspect. Others were also holding him down, making it impossible for him to turn over.

The incident happened at 2 a.m. Saturday.

Reports show Luke and his friend were on their way to get a tattoo in Dover. They were right in front of the police station when Luke was confronted. Police said they had an arrest warrant for him on a domestic case.

"They didn't tell him they had a warrant for his arrest," said the suspect's younger brother, Christopher Luke. "They just tackled him to the ground. They pepper sprayed him. He wasn't resisting at all. He was trying to cover his face because they kept punching him."

On Sunday night, dozens came out to protest the police, including the friend who took the video.

"They were just beating the crap out of him," said photographer Marcus Robinson. "They didn't give him a chance, because he really couldn't move."

"I am a mess," she said. "I cannot believe. My son could've been killed over that turning blue situation. It's not right."

The Morris County Prosecutor is investigating the case under the supervision of the New Jersey State Attorney General office.