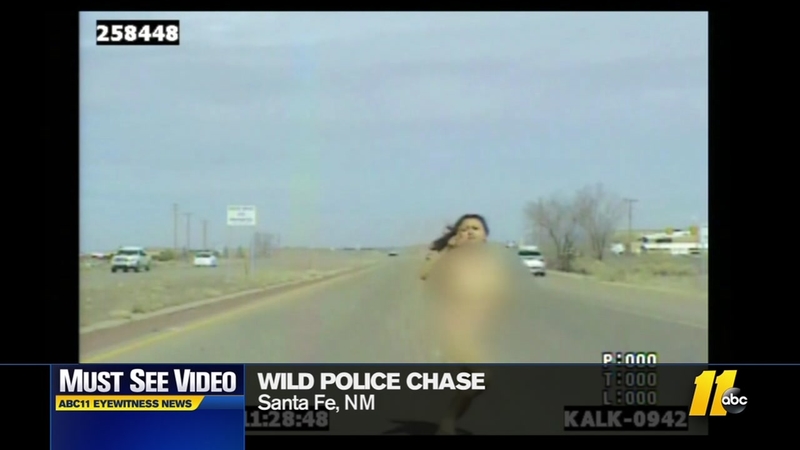 Drivers in New Mexico got quite an eye-full as a naked woman led deputies on a high speed chase.

Deputies said 51-year-old Barbara Arellano led them on a dangerous pursuit that ended with a violent crash after she ran a red light.

From the cloud of dust, Arellano emerged from the crash without any clothes on. A passerby grabbed a tarp to cover Arellano as deputies struggled to arrest her.

Arellano could be heard yelling "Jehovah" several times in recordings from dash and body cams.

When officials later asked Arellano why she was naked at the time, she told them, "Because I got hot."

Arellano faces a slew of charges including driving while intoxicated and reckless driving.

The driver of the other vehicle involved in the crash was not injured.