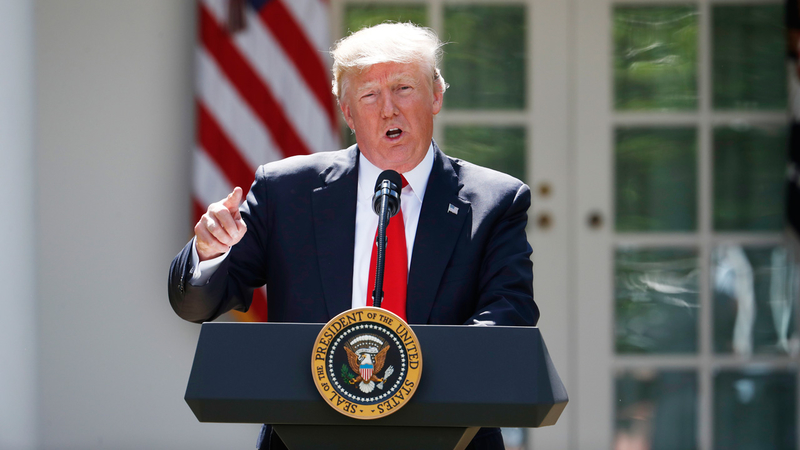 Pittsburgh Mayor Bill Peduto objected to President Donald Trump's use of his city during Trump's speech to withdraw the United States from the Paris climate agreement.

Trump said during his speech in the White House Rose Garden, "I was elected by voters of Pittsburgh, not Paris."

.@POTUS "I was elected by voters of Pittsburgh, not Paris. I promised I wld exit or renegotiate any deal which fails to serve US interests"

Peduto criticized Trump, stating that rival Hillary Clinton received 80 percent of the vote in the city.

Fact: Hillary Clinton received 80% of the vote in Pittsburgh. Pittsburgh stands with the world & will follow Paris Agreement @HillaryClinton https://t.co/cibJyT7MAK

As the Mayor of Pittsburgh, I can assure you that we will follow the guidelines of the Paris Agreement for our people, our economy & future. https://t.co/3znXGTcd8C

Trump maybe withdrawing the US, but 61 #ClimateMayors are adopting the #ParisAgreement. Cities will lead the way https://t.co/oablh5W4uJ pic.twitter.com/hYXZby2WmT

Opting out of Paris Accord is a grave error. Climate change is real—we feel the effects now. Trump’s choice ensures it will only get worse.

With POTUS pulling out of the #ParisAgreement, L.A. will stand up to lead - & work with other cities to do the same. https://t.co/RklYG3U5As pic.twitter.com/blssfsoMVq