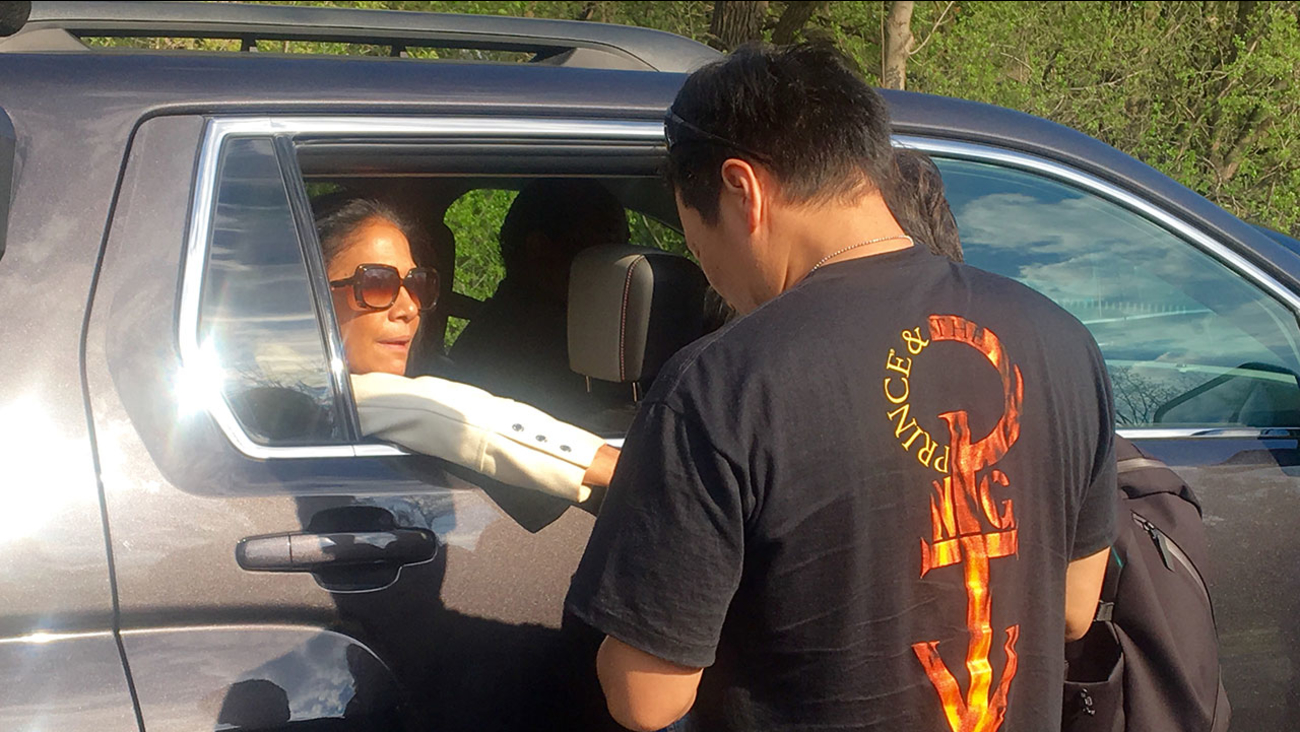 MINNEAPOLIS -- Prince's publicist says the music superstar has been cremated and celebrated in a private ceremony by a small group of family, friends and musicians.

Yvette Noel-Schure said in a statement Saturday that Prince's remains have been cremated and their "final storage" will be private.

The 57-year-old singer died Thursday at his Paisley Park compound in suburban Minneapolis. An autopsy was done Friday but no cause has been announced.

The publicist's statement said the cause of death remains unknown. It said it will be at least four weeks before results are released.

The announcement was made after family and former bandmates of Prince arrived at his estate in suburban Minneapolis.

Percussionist Sheila E. and bassist Larry Graham were both spotted at Paisley Park, his studio compound in Chanhassen. Prince's sister Tyka Nelson and brother-in-law Maurice Nelson were also seen on the grounds.

Thousands of fans have been flocking to Paisley Park and other sites made famous by Prince since he was found dead Thursday morning. They've been leaving flowers, balloons, guitars and even pancakes in his memory.

A cause of death for the "Purple Rain" star has not been released.