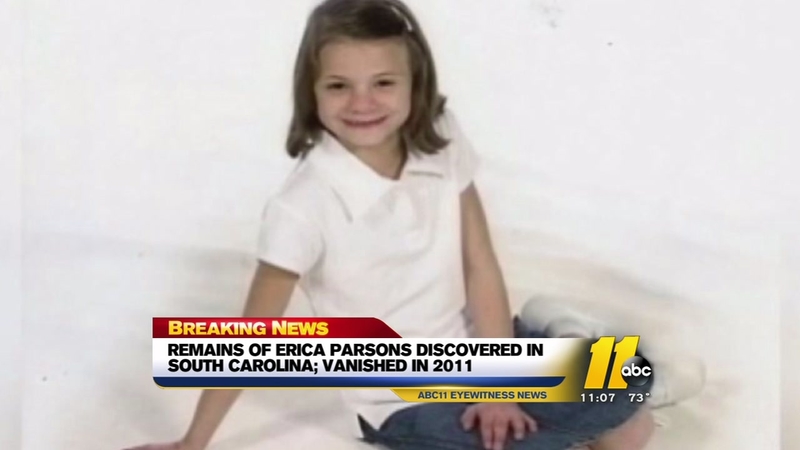 ROWAN COUNTY (WTVD) -- Multiple sources confirmed to WSOC that the body of Erica Parsons was discovered this week in Chesterfield County.

The 13-year-old Rowan County girl was last seen in November of 2011 but her family didn't report her missing until July 2013, when she would have been 15.

Those remains were taken to the North Carolina Medical Examiner's Office and were identified as the remains of Erica Lynn Parsons.

Her remains were taken to Rowan County earlier this week.

New leads obtained in August by the sheriff's office and the FBI led to the investigation that culminated in the discovery of the remains, officials said.

In a release Thursday night, The Rowan County Sheriff's Office said it will hold a news conference next week to discuss the case.